If you’ve read Profitable Sales; A Contractor’s Guide, you know I take a dim view of penciling a salesperson’s pay. “Penciling” is an old-time phrase that means finding a way to reduce or cut back what’s owed. I wish you could be a mouse in my pocket when I get calls from both salespeople and from business owners discussing this issue. I can’t believe the creative lengths that some business owners will go to in order to not pay salespeople the commissions they earned. 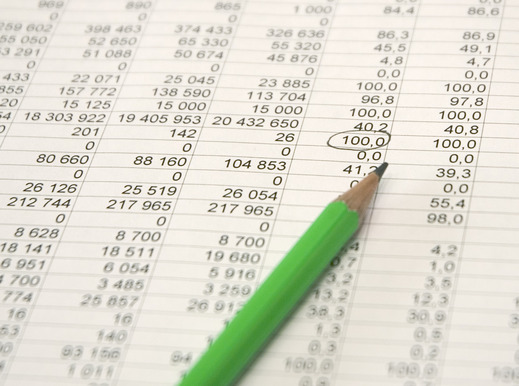 Nothing happens until someone sells something, for a profit. If salespeople know the business owner will back them up and pay them fairly, they’re motivated to produce profitable sales. If they’re unhappy because they know that they might not get paid what they are due because of events outside their control, they won’t be as eager to produce. And if they aren’t making sales, the business is in trouble.

Sometimes it’s a potential client that will try to pencil the salesperson. That happened to me once.

I was working for another contractor and went to see a homeowner (who happened to be a CPA) about a project. I knew the homeowner; in fact, he’d called the company I was working for specifically because he knew me.

I arrived on time, asked my questions, got the answers, and explained that the next step was a design agreement. For whatever reason they had one excuse after another to not sign a design agreement that evening.

About two days later the owner of the company I was working for called me into his office and asked for my notes, estimate sheets and any other pertinent information I had regarding this homeowner. I asked why. He said, “They don’t want to deal with you anymore. They don’t want to pay your commission. They want to deal with me directly so we won’t have to charge them a commission on the sale.”

I said, “So if I give you all the info on this job, does that mean I’m out any commission for the job if you or someone else sells it?” He gave me a funny look and said, “Well, you didn’t sell the job so you aren’t entitled to any commission.” On that point he was right.

I knew from watching the company numbers that I was selling more work for the company than anyone else on staff. I explained to the owner that if he went that route, I wouldn’t be working for him any longer.

The next day he told me that he called the homeowner and told them that the price on the job would be the same regardless of who made the sale. The homeowner said they weren’t interested in working with us any longer, and they parted ways.

Sadly, that’s what he should have done when the homeowner first made the request. Agreeing to their request and then changing his mind made him look bad; if he’d told them no right up front, they might have accepted his answer and gone forward.

It also cost him a salesperson. I left the company shortly thereafter because I no longer trusted the owner. It wasn’t the first time he’d tried to short my paycheck but I wasn’t going to risk it happening again.

As the company owner, you set the rules under which your salespeople work. If they follow the rules, you pay them what you agreed to pay them. No stories, no excuses. If there’s a disagreement over a dime, pay them a dollar. Get out of their way and let them do their job.

This doesn’t mean that salespeople are free to set whatever price they want to make a sale and collect their commission. Every sale should be subject to office approval; if it’s sold short, the salesperson needs to go back and fix it with the homeowner. If a salesperson has a habit of selling jobs short (i.e., if it happens more than once or twice), you need to review their estimates before a job is quoted. We cover this in Profitable Sales.

But if you’ve reviewed and accepted the job and for whatever reason the gross or net profit ends up less than you expected, don’t make the salesperson pay for mistakes or problems in production that no one saw coming. If you do, you’ll have a hard time keeping good salespeople on staff, and that will cost your business more than the commissions you should have paid.

“Start with good people, lay out the rules, communicate with your employees, motivate them and reward them. If you do all those things effectively, you can’t miss.” – Lee Iacocca