The Downside of Commission Sales

I’ve long been an advocate for paying salespeople on straight commission. There is a lot of disagreement about whether salary or commission is the best way to pay a salesperson, but I’m a firm believer in commission sales. 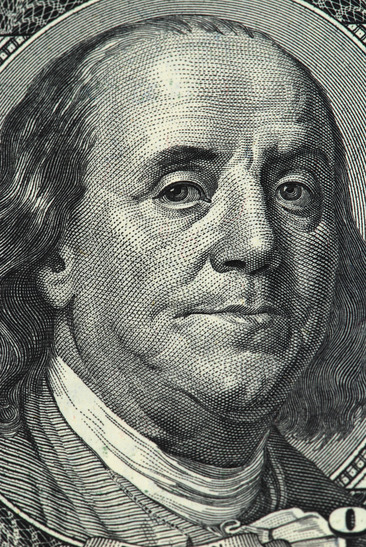 One person who strongly disagrees with me commented on our website recently and I’d like to address his points.

“Commission only sales is a joke, for a number of reasons.
1) That mentality of ‘if you don’t sell, you don’t eat’ makes liars and cheats out of otherwise honest people. Desperation makes people do awful things.”

There are liars and cheaters in all fields, and it has nothing to do with how they are paid. It has to do with their character. The best salespeople I know, and I know a lot of them, are honest, hard working people.

“2) In this economic environment, people need more security than that, especially if they have a family.”

In any economic environment, if you want security you have to get out and work. Nobody owes you or anyone else anything. You work for a company for eight hours; the company pays you for those eight hours, and you’re even. If you don’t work, you shouldn’t get paid. On any job, security should come from producing, not from the method of compensation.

“3) Commission salespeople are forced to work long hours, virtually for free, keeping them from their family for as many as 80 hours a week. This is the 21st century. Nobody works like that anymore. Their time has to be worth something.
No salesperson worth their salt, with any self respect, should need an incentive to do their job, if they are paid a decent wage.”

Someone needs to send this poor soul a copy of the Tom Hopkins book, How To Master The Art of Selling. Good salespeople, the ones who know their trade, typically make a good living while working 40 to 50 hours a week. If they choose to work more it’s because they want to make more. Nobody forces them to do that. They are providing additional service and/or taking more leads.

Straight commissioned salespeople are some of the highest paid people in construction. Like Zig Ziglar said, sales is the highest paying hard work and the lowest paying easy work there is. If they do their job well, they’ll make all the money they need and have the time to take care of their families.

As far as not needing an incentive if they’re paid a decent wage, define decent wage. A decent wage for one person isn’t enough to pay the taxes for another. Good sales people set their own wage and get after it.

The incentive a good salesperson has is knowing that they’ll be paid if they do their job well. They guarantee their own income by doing good work for both their employer and their clients. They do it honestly and fairly. They work hard and are paid accordingly.

“4) commission only salespeople know how to talk, but have no idea how to listen. Service is not part of the equation. They want to get rid of the customer asap and move on.”

You can’t survive in construction sales if your goal is to get rid of the customer asap and move on. Construction is a relationship business.

The salesperson is the first relationship between a client and the company. If the client is unhappy with the way they’ve been treated by the salesperson, they’ll have plenty of opportunities throughout the relationship to make sure the owner finds out. The owner will either correct the salesperson or transfer them to the competition.

That’s why commissioned salespeople know how to ask questions and then provide the information that the buyer is requesting. They understand the ratio of two ears and one mouth. If they don’t listen, they won’t be able to provide good service and their sales will show it. If they don’t sell what the client wants, production will let them know about it.

Commissioned salespeople will also be looking for future referrals from their clients. The only clients the salesperson wants to get rid of are those who are looking for the cheapest price, or who show the potential of being a problem down the road.

“5) It is cut throat, and causes a lot of tension among co workers.”

Straight commission sales should be strictly between the salesperson and the company. What I can and will do for my company and my clients should have nothing to do with any other salesperson in the company I might work for.

I’ve worked for companies where the sales manager was busy trying to pit one salesperson against another. They do this in the false belief that if the salespeople compete, they’ll sell more. That seldom if ever works, and a smart owner won’t go down that path. Salespeople need to set their own goals and compete against those goals, not against any other salesperson.

“6) Commission salespeople do not know how to treat people. They see customers as ‘marks’ (like in a carnival side show) or simply as credit cards with legs.
I do not hire sales people in my stores based on commission only. They get a good wage and performance bonuses four times a year. I would stack the sales ability of my people up against any fast talking commission sales person any day. Believe my business plan has paid off, for me, my employees and, most important my customers.”

I wouldn’t work for any company with this pay schedule. They are in effect trying to control how much money their salespeople can make. I’d also like to point out that when they pay a performance bonus, they are paying a commission. I hope the performance bonus is based on each individual’s performance, not on the collective performance of all salespeople.

The truth is that the writer isn’t dealing with commission issues; he is dealing with character issues. If an owner or sales manager sets a good example and insists their salespeople follow that example, they won’t have a problem with unethical salespeople. The company, the sales staff, and the clients will all win.

“I would give no thought of what the world might say of me, if I could only transmit to posterity the reputation of an honest man.” — Sam Houston