A question came in from an employee who is concerned about their employer’s contract:

My boss insists on having at the bottom of every quote, “Any unforeseen or additional work will be charged at the rate of time and material at $___ a man hour.” I believe this should be eliminated or at least worded differently without the price per man hour. We have lost a couple bids because they said they would not pay that much per hour.

Do you have a suggestion on how to cover your estimate if something unexpected comes up that you don’t see before you start tearing things out? 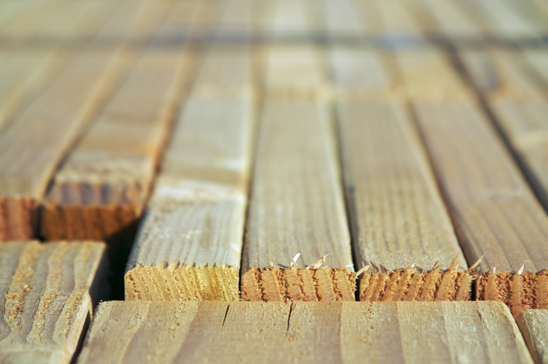 If you’re doing, saying or writing anything that’s causing you to lose business, you’re right to take a hard look at it. No business can afford to drive clients away. I’ll agree that the wording here might offend some clients as the employee says it has.

I also agree that the less that’s said about individual prices, the better. However, in this case I don’t think the rate is the problem. I think it’s the vagueness of the sentence. There are ways of wording this that provide some protection to the client.

Here is one way:

{CONTRACTOR} will make its best effort to discover any hidden conditions that exist prior to job start. These conditions include, but are not limited to code violations, structural, mechanical, electrical or plumbing defects, insect or rodent damage, buried objects, or any other matters that might impede the progress of this job.

Any conditions that are not reasonably discoverable prior to job start, which in any way interfere with the safe and satisfactory completion of this job will be corrected by an additional work order and at Owner’s expense. If hidden conditions are found, the work will stop; {CONTRACTOR} will prepare an additional work order along with the cost estimate for the repairs and present it to the Owner for signature and payment prior to resuming the contracted job.

It does protect the client to know exactly what that will cost them:

Owner understands and agrees to pay {CONTRACTOR} the cost of all labor at the rate of ${SPECIFY RATE PER HOUR}, all materials at {CONTRACTOR}’s rate plus {%}, and a pickup and delivery charge at the rate of ${SPECIFY AMOUNT} per man hour, per person, plus .53 cents a mile trip charge. Those amounts will be paid at the time of next progress payment or final payment, whichever comes first.

This wording is in our Fast Track Proposal Writer software program, which I highly recommend. You can read about it here.

But I want to address something else in the question, and that’s the phrase: Any unforeseen or additional work. Gang, surprises aren’t. Surprises happen because somebody didn’t do their job, and there’s no nice way to say it.

If you are finding “surprises” on your jobs, then whoever is doing the original takeoff/estimate needs to slow down and do a better job of reviewing what needs to be done and the conditions of the building. When you know that something is hidden, insist on a Demolition and Discovery agreement to allow you to do the tear out as needed to get a firm price quotation together for the customer and you get paid for the work and the estimate.  (I talk more about Demolition and Discovery agreements in this article.)

Let me give a few examples of things that I’d like to call surprises on my jobs, but they weren’t.

A homeowner told me they’d just replaced the electrical panel. I took their word for it, but after the job started, the inspector informed us that the panel needed to be replaced. When I told the homeowner, their response was, ” Well, that’s your problem. I replaced the panel, I just forgot it was 10 years ago. You should have checked, you’re the professional.” They were right. It was my responsibility to check the panel. We paid for that electrical panel. All contracts after that included some variation of this language:

Second example. We had to remove a concrete slab (patio deck) to build a room addition to a home in a neighborhood. The sub was using a saw to cut through the concrete when they cut a natural gas line. They smelled gas and shut off their equipment; the homeowner called the fire department. Fortunately, our superintendent had just arrived at the job and he turned the cutoff valve to “off” on the meter.

It could have been disastrous. And while I’d like to call a gas line buried in concrete a surprise, it wasn’t. I’d noticed the BBQ on the deck before. It was my responsibility to find out where the gas line was before we quoted the job. If I’d done my job properly, there wouldn’t have been any surprise.

Estimating is hard, tedious work. There is no such thing as a quick estimate. And after you’ve carefully built your estimate, it’s important to include language in your contracts that covers you for those surprises that can still happen.

I have a line item in my quote that says “Minimum misc per residential job, matl P/U, small tools, misc supplies. This is where I put any contingency money without calling it that. The customer doesn’t think they might get some money back if we don’t use it. I typically… Read more »