I received a note asking about change work orders.

Hi Michael – I have a question regarding CWO’s when up-front pricing is either difficult to determine or cannot be determined until you get started on it.

For most of my clients this is not an issue but I am running into some new clients that when I update pricing after a design change or taking care of unanticipated factors post demo, they get a little crazy asking for breakouts of receipts, how much time it took, what the markup was etc. I’m sold on using the CWO – any advice for when the scope/cost is a little gray at the start? I’m leaning towards calculating a worst case scenario for the work, getting it signed and then hoping you’re covered to avoid the hassle down the road. 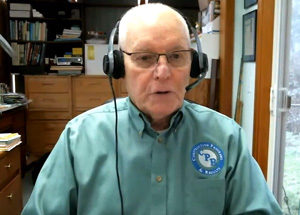 As far as pricing the change work order goes, your two best choices are to assume the worst and adjust later, or use a Demolition and Discovery agreement. This type of agreement is usually used before a project starts, but it can be utilized during a job as well.

A Demolition and Discovery agreement is handy when you don’t know and can’t figure out what’s behind the walls. Maybe the building has an extreme level of deferred maintenance, or there are signs of wiring or plumbing issues that you can’t diagnose without opening up the walls.

The Demolition and Discovery agreement essentially gets you paid to do the demolition, discovery and estimating necessary to complete the repairs or remodeling they want done. You shouldn’t be doing this kind of work unless you’re being paid. Include a “not to exceed” clause to protect yourself and your client. There is a sample Demolition and Discovery Agreement in Markup & Profit Revisited.

Even if your customer doesn’t bring up the topic beforehand, you need language in your contract that clarifies how you’ll handle any itemization requests. Itemization should be charged at a minimum of four hours at a specified rate per hour.

There are valid reasons for an unexpected change during a remodeling project. An inspector might require a change that wasn’t seen when the plans were first approved. You might find mold or rodent damage that’s not detectable outside the walls, or pipes buried in concrete.

That’s why every contract should also include language that explains how you’ll handle hidden conditions that aren’t reasonably discoverable prior to the job start. The work will stop, you’ll write a change order, and when it’s signed and paid, the work will resume.

We have language for both these situations in the Fast Track Proposal Writer. If you have a contract you’re happy with and don’t want to use our software on a regular basis, copy and paste those paragraphs from FTPW into your contract.

Remember that once a job starts, your contract is the guiding document so you need to get it right. Write a contract that covers the events that often occur. That way you won’t end up in unnecessary arguments that stop the job and stop you from getting paid. It’ll give both you and your customer peace of mind.

“There are basically two types of people. People who accomplish things, and people who claim to have accomplished things. The first group is less crowded. — Mark Twain

Great article Michael! To this day I still have trouble with this.