Ever heard the old saying that something “pushed your buttons”? It’s an emotional reaction, usually not positive. Well, Devon took a phone call last week that pushed my buttons. 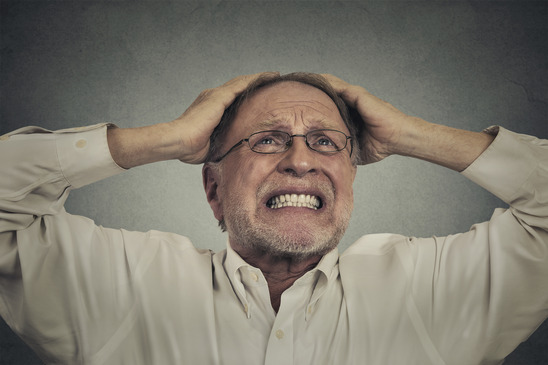 A contractor called to ask if it was appropriate to markup worker’s compensation. He’s building jobs without a contract, providing a rough verbal estimate and then billing every two weeks on cost plus a “commission” of 10 or 20 percent.

He has three employees and worker’s comp is almost $20 per $100 in labor. Until recently, he’d been passing along worker’s comp at cost but decided last summer to start marking it up like all his other expenses. He wanted to know if that was the industry standard.

Why was the contractor asking? Because he was in the middle of a job and the client asked why he was having to pay a markup on worker’s compensation.

That’s a bold question. Worker’s compensation is a labor expense, as necessary as 2×4’s and plywood. It’s a cost of building the job. Why should it be provided for free?

In what other industry do clients get to question and nitpick a professional’s price?

Here’s the problem. This contractor is setting himself up for that type of questioning because of the way he’s operating. He isn’t conducting business like a professional so he isn’t treated like one. He is hired labor, not a business owner.

This happens in construction because we have too many “business owners” who refuse to educate themselves on how to run a business. They have a hobby and it’s easier to keep doing what they’re doing than to make any changes. It’s easier to give a rough estimate and send a bill after the fact than to properly estimate and price a job.

It’s easier until you have to answer detailed questions about what cost items you’re marking up, and why. Or until a fight starts because they’ve already paid more than the rough estimate, the job is only half done, and they’ve run out of money.

Taking the time to develop a firm, fixed-price quotation gives the homeowner the confidence of knowing exactly what a job will cost. It gives the contractor the confidence of knowing what they’ll be paid and when. Admittedly, that firm, fixed-price quotation will probably be considerably more than the rough verbal estimate, but it will also be much closer to the final bill that the homeowner will have to face eventually. You need to know how to explain what will happen to those rough estimates when the job is actually built.

We offer training on estimating. We have a book on sales. We have both a book and a software program that help you calculate your markup. But you have to do the work of reading the books, watching the videos, and running your numbers. It’s not easy or exciting, but it’s better than the excitement of waking up at night and wondering how you’ll pay your bills because you’re building a job for a client who doesn’t want to pay.

If you want all kinds of arguments, all kinds of scrutiny, people sticking their nose in your business asking questions that are none of their business, then bill your jobs on cost plus a commission or markup. All you’re doing is handing a client, who could be out of money or just plain cheap, the bullets they need to shoot you.

Everyone wants a deal. No one wants to pay more than they have to for anything, including me. I get it. That’s why you need to establish a firm fixed-price up front and deal with those discussions before you invest your time and money in their home, not afterward. Learn how to sell so you can explain what you provide that the cheaper hired labor won’t provide.

Then do the things that show clients that you’re a professional. Return your phone calls. Show up for appointments, on time. Write a detailed contract. Keep your word. Keep your jobs clean, every day. Respect your client’s home and person. Communicate with your clients on a daily basis.

These things will do far more to build trust and confidence, and to generate referrals, than anything else. And that’s how you stay in business, profitably.

“The reason a lot of people do not recognize opportunity is because it usually goes around wearing overalls looking like hard work.” — Thomas A. Edison