One of our coaching clients asked a good question the other day. She wanted to know how to handle the following situation. 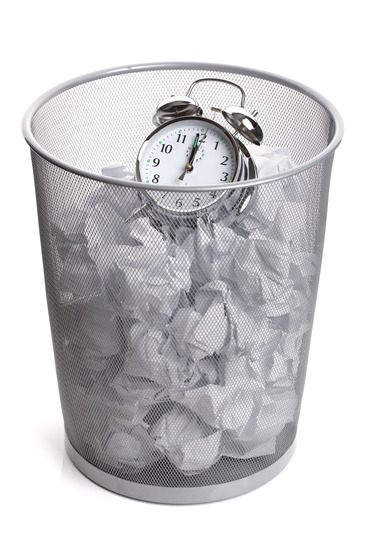 A potential client wanted to get a bid on some work at her home. She didn’t want her husband to be there because she was handling it all.

When our friend went on the sales call, she realized that the potential client could be a challenge. She was very opinionated and refused four different times to disclose her budget for the job. Then, when the sales call was wrapping up, the owner said, “Just email the quote and I’ll decide what to do from there.”

Our coaching client was pretty sure the lead was dead, and wanted to know if she should have done anything differently to have made the sale.

If you’ve been in business for very long, you’ve run into similar situations. I see three red flags that indicate this probably wasn’t a great lead in the first place.

The first red flag is not wanting her spouse on the sales call. On the initial phone call, when the potential client said she didn’t want her husband there, I would have said something like, “Mary, we’re willing to come out and review and discuss this job with you and see if there’s a good fit between you and our company, but I want you to know that we won’t do any estimating or designing of this project until we meet with both you and your husband and make sure that everyone involved is on the same page. Is that fair enough?”

Her response will tell you if she’s just trying to get free information and maybe some design ideas, or whether she’s serious about the job and is willing to schedule a second visit with you to get her husband’s input. If she insists that she doesn’t want her husband involved, or he’s too busy, or whatever, say thank you very much but our schedule is full through Christmas, and end the call.

I’d handle this the same way if it was a man calling in who didn’t want his wife to be involved. You need all decision makers present when dealing with budget and design issues.

The only time I’ve made an exception was dealing with a woman whose husband was a long-haul truck driver that only spent a few days at home every few weeks. I asked if she had a power of attorney to sign an agreement. She said yes, we set an appointment and I sold the job. If the potential client has a valid reason and the ability to sign an agreement on their own, it can be worth pursuing. Otherwise, they’re wasting your time.

The second red flag is refusing to talk about the budget. Ask for the budget once and if they can’t or won’t give you their budget for this project, you need to help them set a budget. Probably one of the easiest ways is using the “Cost vs. Value” report from Remodeling Magazine (Subscribe to the magazine here.) You can use that info in place of using your own numbers, but always use three sets of numbers, starting with the medium range of prices, then high, then low, in that order. This is explained in detail in Chapter 7 of Profitable Sales. I should add that the price range in the Cost vs. Value report should be considered the middle range for the job being considered.

If they won’t commit to a price range or a budget for the project, you’re wasting time. It’s time to move on.

The third red flag is the “just email the quote” comment. The potential client is telling you that they don’t want to make a decision. If they can just read your email, they won’t have to make a decision and they won’t have to tell you no. If a potential client isn’t willing to spend time reviewing your quote with you, why should you spend time developing the quote? It’s a waste of your time.

I’ve had many contractors tell me they sell a high percentage of the quotes they send out by email. But when I start asking questions, many of those quotes are also underpriced. Other contractors who email quotes have told me they expect one sale in every eight to ten leads. A good salesperson should average one sale in every three sales calls. It’s worth the extra time it takes to present the quote in person.

You’re in charge of your time. Hopefully this will give you a few guidelines to see if a potential client is serious about their project or just wasting your time. Sometimes it’s worth the risk, but it helps to know what you could be facing ahead of time.

This website uses cookies to improve your experience while you navigate through the website. Out of these, the cookies that are categorized as necessary are stored on your browser as they are essential for the working of basic functionalities of the website. We also use third-party cookies that help us analyze and understand how you use this website. These cookies will be stored in your browser only with your consent. You also have the option to opt-out of these cookies. But opting out of some of these cookies may affect your browsing experience.
Necessary Always Enabled
Necessary cookies are absolutely essential for the website to function properly. These cookies ensure basic functionalities and security features of the website, anonymously.
SAVE & ACCEPT
8
0
Would love your thoughts, please comment.x
()
x
| Reply
Scroll to Top