Skip to content
Home » All Articles » Business » Should You Purchase a Construction-Related Franchise?

Should You Purchase a Construction-Related Franchise?

A few weeks ago I read an article online about franchises, titled “Does it Make Sense to Join a Franchise?” 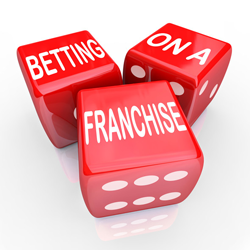 Look at the word choice. Joining is positive and upbeat; it’s about connecting with others. But you can’t join a franchise, you purchase a franchise. Franchises are sold by franchisors; if you buy one, you’re a franchisee. You might have joined a club of franchisees, but you had to pay to join.

As the economy improves and more people move into remodeling, franchisors are ready to grow. If you’re considering purchasing a franchise, or if you’ve been contacted by a franchisor because of your success, put your emotions on hold and evaluate it carefully.

Back in 1984, Inc. Magazine published an article about a popular new remodeling franchise called Mr. Build. It began like this:

“Security. Ego. Love. Fear. Greed. That’s just what they had hit him with, Skip Kelley thought, staring at the slide on the wall of the rented motel conference room.

‘People don’t buy on logic,’ the teacher said. ‘Psychological tests have shown that they buy on emotion 75% of the time.’

Kelley knew that first hand. Last spring he had been independent, free to run Kustom House Co., his $324,000-a-year remodeling business located north of Boston, however he chose. Thomas Tyska, the regional director who sold him his new Mr. Build franchise, had touched four of the five emotions in his pitch.”

We’ve talked about franchises before. In my opinion, franchises might be okay if you’re dealing with a single-trade specialty that’s cut and dried, and clearly defined, like closet installs, garage door repair, or gutter replacement. Anything beyond that is a mistake; the benefit is to the franchisor, not to you.

One problem with franchises in the construction industry is the relationship between the field reps for the franchisor and the franchisee.

When you purchase a franchise, you’ll receive a lot of information on how to run your business; things you need to learn and abide by. Then you’re turned loose to go do your thing, and you’ll be assigned to a field rep. The field rep’s job is to be the liaison between you and the franchisor. Their job is to watch and make sure you’re following the guidelines as laid out by the franchisor.

It’s also their job to be a mother hen. They’ll come by the office to answer questions and solve problems like difficult clients or employees. If the field rep is available, and if they have the knowledge and ability to help, they can be very valuable to your business. The problem is their availability.

When a field rep is assigned more than four or five franchisees, they quickly become too busy to do their job well. Suddenly, you won’t have contact with the field rep two or three times a week, it’ll be once a week or twice a month. Problems go unsolved, customer complaints go unresolved, and field procedures are ignored.

You might think this won’t be an issue for you; you’ll be happier if you don’t see a field rep for months. You know what you’re doing and you can do it well. Don’t forget, you have the same name as the franchisee two counties over, and the field rep isn’t as available to help them, either. The other franchisee might not be as competent as you are. When they have problems that aren’t resolved, your name gets tarnished. The mistakes made by any franchisee can land on you. It’s guilt by association.

Another problem with franchises is the cost, because in remodeling, there isn’t anything a franchise offers that you can’t do yourself.

What do they offer? The first thing you’ll hear is marketing. They’ll make your name (which is really their name) a household word. You’ll be the company people look to when it’s time to get a project built. You’ll also receive business management assistance, software to help you manage your business, and discounts on materials and supplies for your jobs.

What will it cost you? The upfront investment begins at $35,000 and goes up from there, depending on the franchisor. You’ll also give them a percent of your sales, usually in the five to six percent range. Sometimes there is an additional fixed monthly fee.

You can get the very same advantages for far less money without a franchise.

For $35,000 or more, you can buy a lot of business management assistance and software.

If you’re currently spending five to six percent of your revenue on advertising, you don’t need the marketing assistance. You don’t even need to spend that much because thanks to the internet, your company name doesn’t need to become a household word. When you become one of the top three contractors to appear in a web search in your area, you’ll get all the leads you need.

You might be promised an increase in revenues, but that won’t matter unless you also see an increase in profitability. That could be difficult when you also have to raise your markup to cover the franchise fee and recover your investment. Look at how the franchisor markets their name; if they tell homeowners that they’ll receive the same pricing on materials that the builder gets, then any discounts on materials won’t benefit your business, they’ll benefit the homeowner.

Franchisors are looking for successful contractors to convert to their name. It gives them a chance to expand their territory at no risk. Even better, they’ll gain your upfront investment along with a percent of your sales over the years. It’s a no-lose proposition for them, especially if you’re good at what you do.

In return, you’ll usually be asked to give up your company name, and in some cases, sign a non-compete agreement in case you change your mind and decide you don’t want to be a franchisee any longer. That non-compete agreement will prevent you from owning a construction-related business for a year or longer, a high price to pay after all the money you’ve invested in the venture.

Remember the article in Inc. Magazine that I discussed earlier? If you’re considering a franchise, or if you’ve been contacted by a franchisor, take a minute and read the whole article now that you know how the story ended. Because, with the exception of technology, remodeling hasn’t changed.

“Kites rise highest against the wind – not with it.” — Winston Churchill