“I am an homeowner that is unhappy about a bathroom remodel we have had done. Your blog has helped understand the contractor’s point of view. Thank you!

We aren’t happy with the quality of the materials or the job and want to negotiate.

Our contractor itemized the materials, labor, and profit on his invoice. Now that we have checked the prices (I know, we should have done this before…) we see that he has inflated the cost of the materials, for example, charging $350 for a fan that costs $150 at Lowes. 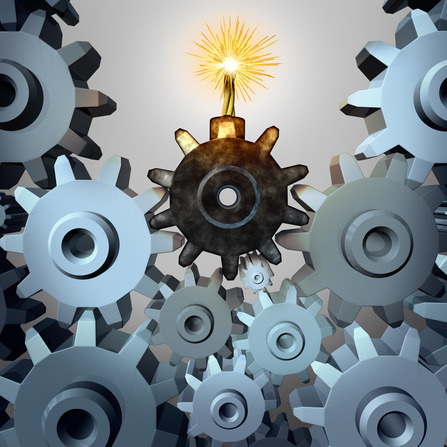 To me it seems that the materials shouldn’t be marked up if there is a separate item for profit. It seems misleading to me that they have a section for “profit” and then inflate the cost of the materials as well. Do you have an opinion on whether that is common practice?

From the comments on your blog I’m thinking I should shoot for paying for the contractor’s cost for materials and labor plus 20% – 50% markup for profit.”

Apparently the bathroom remodel is already complete. I’m hopeful it was a small project, because it sounds like they didn’t invoice for the work until after it was done. And now that the work is done, the client wants to negotiate the price.

“If the contractor has already done the work, this isn’t the time to negotiate. He did his part, in good faith, trusting that you’d do your part and pay him according to the contract.

If you’ve been reading our blog, you know that contractors also have overhead expenses, and they aren’t small. I don’t know where you are coming up with 20% – 50% markup for profit. I don’t know how many trips this contractor made to your home, how involved the project was, how long it took, what problems he found that had to be fixed, or if the quality of the fan he installed is equivalent to what you are seeing at Lowe’s. In short, I know little about your job.

There are a lot of unknowns here. I won’t take his side or yours, I’ll just say that it’s a little late to nickel-and-dime a contractor for a project that he has completed and you are benefiting from.”

In retrospect, I should have asked for their criteria when they chose this contractor. They said they aren’t happy with the quality of the materials or the job. Did they check references, or did this contractor get the job because he was the lowest price?

It’s obvious that this customer knows little about our business. They are only looking for grounds to not pay their bill. They found what they needed in the itemization details on his invoice.

For the contractor’s sake, I hope this project was done on a written contract. I don’t know of any law that allows one party to change the terms of a contract after the other party has performed. This homeowner seems to think it’s okay. A contractor would never get away with going back to their customer after the job was complete and saying, “We’re going to negotiate a new price for this job because I didn’t make enough money.”

Gang, if you’re smart, you’ll quote and invoice one fixed price for your work. Write a detailed contract that clearly explains what you’ll do, and what you expect from them. When you run into a client who decides to negotiate after you’ve done your job, they won’t have a leg to stand on or ammunition to use against you.

This website uses cookies to improve your experience while you navigate through the website. Out of these, the cookies that are categorized as necessary are stored on your browser as they are essential for the working of basic functionalities of the website. We also use third-party cookies that help us analyze and understand how you use this website. These cookies will be stored in your browser only with your consent. You also have the option to opt-out of these cookies. But opting out of some of these cookies may affect your browsing experience.
Necessary Always Enabled
Necessary cookies are absolutely essential for the website to function properly. These cookies ensure basic functionalities and security features of the website, anonymously.
SAVE & ACCEPT
15
0
Would love your thoughts, please comment.x
()
x
| Reply
Scroll to Top