You are here: Home / Articles / Estimating, Labor Burden, and Cost of Goods Sold

When you own a small business you wear a lot of hats. Understanding the numbers might not be your favorite hat, but numbers are important because they show where you stand financially. 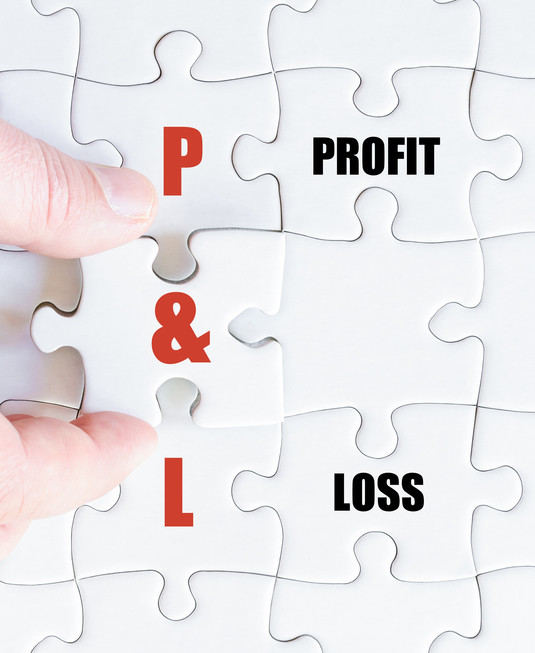 One set of numbers is the estimated cost. You know how to create the estimate; if not, we have a class available. Another set of numbers is your profit and loss statement (P&L), usually generated from your accounting software. I want to explain how and why there needs to be a relationship between your estimated costs and your profit and loss statement. We’ll also talk about calculating a burdened labor rate.

The first section of your Profit and Loss statement is Cost of Goods Sold. If your accounting is done properly, the only items in cost of goods sold are the same items you include in your cost estimate.

Consider these phrases to be almost interchangeable, because they all represent direct job-related expenses:

The book Markup & Profit Revisited does a good job of explaining what should be considered a job cost and what is an overhead expense, but labor is always an issue. When you estimate labor for a project, you can use the base rate you pay your employees multiplied by the estimated hours, or you can use a burdened labor rate.

Your burdened labor rate is calculated by dividing your estimated total annual labor costs by the number of hours that you expect will be spent on jobs. It’s easier than it sounds. The rate won’t be exact, it’s a ballpark figure only, but it’s more accurate than using the straight labor rate. Many contractors assume that 35 percent of their labor rate will cover their labor burden, which means that if an employee is paid $20 an hour, the actual cost is $20 x 1.35, or $27 per hour. That might be close enough for you, or you can calculate your own percentage fairly easily.

You need two figures: Estimated total annual labor cost, and the number of hours you expect will be spent on jobs. You can calculate it for each employee, or you can lump all employees together to come up with an average.

I’m going to show an example; just replace the figures and assumptions with your actual experience or expectations. We’ll start by determining the number of hours you expect to be spent on jobs over a year.

There are 52 weeks in a year. There are five working days a week, which means (52 x 5) 260 days in a year. You might have ten vacation days and ten holidays over a year, so deduct 20 days. It doesn’t matter right now if you provide paid vacation and holidays or not; we’re only determining how many hours an employee (or all employees) will spend on jobs.

My example employee puts in eight hours a day, which gives us (240 x 8) 1,920 possible working hours. (We won’t address overtime yet.) Now we need to deduct any expected “not on the job” hours. These would be the hours that aren’t included when you estimate a project. There might be weekly company meetings, or maybe you know they’ll spend the equivalent of two full days a year working in the shop or cleaning out company vehicles. Maybe you know they spend an average of 15 minutes a day standing in line at a supplier. Travel time needs to be considered. If you include travel time when you estimate your jobs, that’s fine, but if you don’t, travel time is “not on the job” time and needs to be deducted here. The goal is to get down to only the hours that are actually spent working on a job.

For this example, I’ll deduct one hour a week in meetings (48 hours a year), and an average of thirty minutes a day spent traveling, waiting at a supplier, or standing in the office drinking coffee and getting instructions before they head out for the job (120 hours a year). I’ll deduct another 20 hours a year for cleaning up the shop. That means I expect they’ll spend (1920 – 48 – 120 – 20) 1,732 hours a year actually working on jobs.

Now that you have an average labor burden, multiply the base pay for each employee by 1.475 (or whatever your figure is) and you have your burdened labor rate for that employee. It should be reasonably consistent even if you have a lot of overtime, because most of the costs are directly tied to wages or hours.

Your situation might have more labor costs to add to the burden. If you provide retirement benefits as a percent of wages, I’d include that. Washington state collects a family medical leave premium that should be included. There might be other costs that are easily tied to hours worked that should be included in your labor burden.

The easiest thing, from an accounting point of view, is to include everything in the labor burden that can be easily entered as cost of goods sold. The payroll taxes listed above are easy because they’re entered in the books as payroll expenses at the same time labor is entered. If you provide cell phones to your employees (a practice Michael discourages unless they are a job superintendent), consider how the cell phone is paid. If one bill is received for all phones, put cell phones in overhead and don’t include it in the burden rate.

The same goes for health insurance; it’s probably paid as one bill for all employees, including office staff and owners. Health insurance is also usually a fixed amount regardless of the hours worked. Although some believe otherwise, I think in most instances health insurance should be included in overhead, not in your labor burden. There isn’t any advantage to placing it in labor, and a fixed monthly cost per employee might distort your burden rate if you have a lot of overtime or some employees are paid more than others.

Remember that there are only two reasons to keep track of the numbers in a business. One is to fill out the paperwork required by the government so they know how much you owe in taxes. The government cares about the bottom line, the net profit or loss. It doesn’t really care about the details.

The more important reason is so you can see how your company is performing financially and look for ways to make it better. For that, it helps to have your books setup properly. The P&L should serve as a decision-making tool for the business owner, and that’s much easier if the accounting matches what you are doing on a day-to-day basis, which is estimating jobs and calculating prices.

“Information is a source of learning. But unless it is organized, processed, and available to the right people in a format for decision making, it is a burden, not a benefit.” — William Pollard

You'll also be notified when new articles are posted, and a reminder of upcoming events. Best of all, you'll become one of our favorite people.

What other labor burdens or overhead costs are fixed regardless of hours worked. What costs remain the same whether the employee is working straight time or overtime?