A contractor in Toronto called with a question:

“I have a set of plans for a small commercial strip mall. The owner wants me to give him a price on building the mall. The plans are very general and incomplete. They don’t have schedules or any details yet. Can you help me put this together?”

There isn’t a nice way to say it, so I’ll be blunt: projects like this are a waste of time for a contractor. If you get employees, subs or suppliers involved, it can cost you money as well. I’ve rarely if ever seen a request like this turn into a contract. 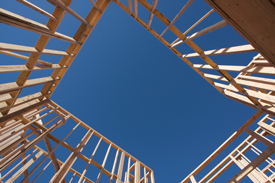 Building owners make requests like this because they want to get an idea of the price of the project. Once they have pricing numbers to work with, they can adjust the final building design, square footage, and selections to suit their budget.

The owner wants to save the cost of a professionally done estimate by requesting one for free. It also saves them money if the estimate is done on incomplete plans, because they won’t have to pay to have the plans redone if the price is higher than they were expecting.

I know this is considered common practice by some and, in fact, some building owners probably consider it a contractor’s responsibility to estimate a project like this for free. But why should you work for free? The promise of a possible job down the road doesn’t justify the hours you’ll spend putting together an estimate for their benefit.

If they want an estimate now, they should be willing to pay you an hourly rate of at least $75 and preferably $150 to do their estimate. Make sure you get a deposit before you start, and final payment before releasing your estimate.

If they don’t like it, they can find someone who has time to waste. You don’t need to give away your education, training and years of experience for free.

A side note for architects and designers who are reading this: don’t ask a contractor to work for free by asking for an estimate for this type of scenario. You know that many of these projects don’t come to fruition. When you put together a rough plan for a project that may or may not get built, do you still get paid? Of course. Then the contractor should be paid as well.

You aren’t drawing plans or doing design work for free, so don’t ask a contractor to provide an estimate for free. If the owner you’re working with wants to do that, tell them the contractor deserves to be paid for their knowledge and experience, and you won’t get involved. Let them go find the guys who are busy driving around, giving their work away for free.