I’ve written before about clients who decide to make changes to a contract. Last week I heard from two different contractors who had to deal with this, and I want to share their stories. 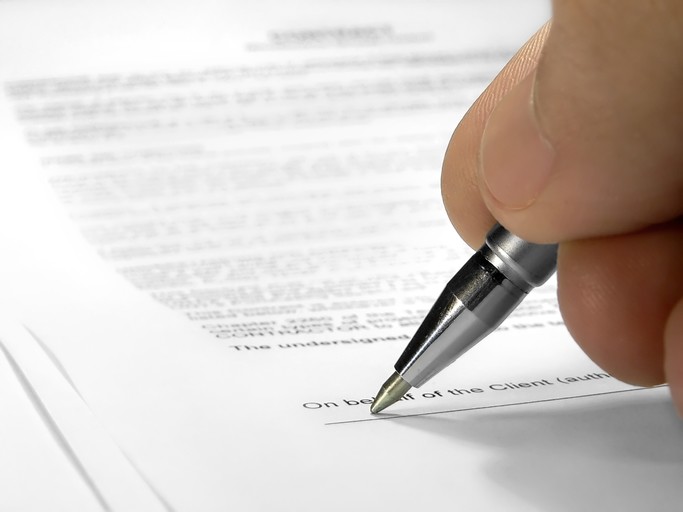 The first contractor had a problem client who wanted to reduce the final contract price for a number of reasons. First, he wanted to deduct $400 because he believed his driveway should be power washed. The contract specified that the job would be kept clean and debris hauled away. There is no mention of power washing anywhere in the contract, before, during or after the job was completed.

Then the client claimed he should be able to deduct for his labor to paint the rooms where work was done. The contract stated that there was no painting figured or included on the job by the contractor.

Finally, the client bought some materials for the contractor to install on the job, and he wanted the price of those items deducted from the price. There was no mention of the customer furnishing materials anywhere in the original contract or any subsequent change work orders. The client claimed to have spent over $3,000 on materials, but he couldn’t provide any receipts or documentation.

I read the original contract and the contractor has assured me that he did everything on that agreement as agreed. The language of the contract specifically says that any changes will be mutually agreed to and the change put in writing before the change was executed.

The client believed he had a right to arbitrarily change the contract. The reality is the client was in default.

I suggested the contractor make sure he’s sent a notice of intent to lien. That would give him the ability to file a lien against the property if the client continues to give him flak about paying. I also suggested he include language like this in future contracts:

{CONTRACTOR} will not be responsible for any bills, charges, debts, invoices, or other encumbrances incurred in, on, or for this job by anyone other than {CONTRACTOR} or {CONTRACTOR}’s immediate authorized employees.

Additionally, the following language could be included in future contracts to address any future clients who might want to be reimbursed for power washing:

{CONTRACTOR} is not responsible for non-negligent damage to walkways, driveways, patio slabs or other permanent surfacing which may be caused by movement of personal, equipment and materials.

I also reminded the contractor that he needed to decide how far he was willing to go to fight to be paid. Specifically, how much was he willing to spend, and would winning be worth the battle? It’s important to count the cost in both time and money. It’s a tough decision; sometimes it’s worth moving heaven and earth to get paid. Sometimes that’s just pride talking, and the battle isn’t really worth fighting.

This is why you need strong contracts, small final payments, and the willingness to shut down a job if a progress payment isn’t paid in full. Those three things can help reduce your losses when you run into problems getting paid during a project.

The second contractor I spoke with had problems prior to signing the contract, and it involved doing a job for an attorney. Are you surprised?

The contractor presented his contract. The attorney decided to make all kinds of changes. Now, small adjustments are okay if they don’t affect the job or payment schedule. You need to exercise good judgement and be willing to compromise as long as it doesn’t cost you more time and money, and as long as the changes aren’t one-sided. These changes were one-sided.

My suggestion to the contractor was to pick up his paperwork and excuse himself from the job. He should cut his losses before he invests more than time. This job has all the potential of ending up in a battle.

Often, if you ask enough questions up front and listen carefully, you’ll spot these problems waiting to happen. Structure your presentation so the client knows that you and you alone write the contract, and if they sign the agreement for you to work on their home or building, you’ll abide by that contract and you’ll expect the same from them.

Then, you need to follow through. If you change the contract, you’re giving them permission to change it as well. Never, ever, step away from the contract without a written change order, even if money isn’t involved in the change.

“If you wish to succeed in life, make perseverance your bosom friend, experience your wise counselor, caution your elder brother, and hope your guardian genius.” — Joseph Addison