Accounting – Keeping Track of Your Jobs

The only way to make a profit in any business is to charge enough to cover all your direct costs and overhead expenses and still have money left over. 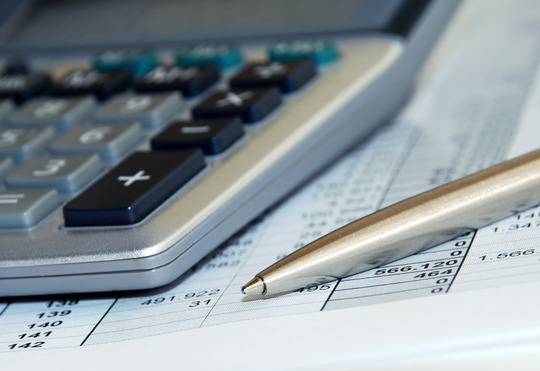 It’s easy to know if you’ve made a profit when every transaction is complete in a day. It isn’t as easy in construction, where a job might take a week, a month, or even more than a year to complete.

That’s why your method of accounting matters, and why it’s important to have an accountant who understands construction. Too many CPA’s try to fit contractors into the same box they use for all other companies. Money in a construction business flows differently than it does in most other industries, and you need an accounting system that acknowledges that.

Karen Mitchell of Online Accounting was kind enough to write a simple explanation of the different accounting methods available to contractors, with a basic example at the end. Karen is best known as the author of the series, Contractor’s Guide to QuickBooks (Pro).

This is the most basic method of accounting but it can also be the most inaccurate method for contractors. The cash basis method is simple in that it tracks money into your checking account as income on the date it’s received. Job and overhead expenses are considered a deduction against income on the date they are paid. If you accept a deposit for a job before the job starts, it will be considered income and if it’s the end of a financial year, you’ll be taxed on that money as profit.

The accrual method of accounting considers income to be all cash received as well as all invoices written. Expenses are all bills paid as well as bills that have been received but haven’t yet been paid. Typically this is a slightly better method than the cash basis because costs and expenses that have been incurred are included in the financials reports. However, it isn’t the best solution for contractors, because it still doesn’t clearly account for the work that’s been done.

This is the best method for remodeling companies and most construction companies. The Percentage of Completion method recognizes revenue only on the portion of the job that’s complete. The earned and unearned portions of a job are tracked separately. The earned portion (the portion that’s been completed on the job) is tracked as income or expense. The unearned portion (such as a deposit received before work is started) is tracked in an asset or liability account until it’s earned. In other words, the profit margin on the job with this method is accurate and the amount of tax paid is accurate.

All income and expenses are recognized when the job is 100% complete.

You can use the completed-contract method of accounting only when you’ll complete a job within a specific amount of time from the contract date, and only if your annual gross receipts are under a specific amount. Typically, spec home builders use the completed-contract method because they can’t recognize income or costs on a project until the home is sold and closes escrow.

The cash method of accounting includes the upfront down payment of $20, but only $5 in costs have been paid. The contractor will recognize $15 in gross profit at the end of the period, giving an inflated profit of $15.

The accrual method shows $40 in income because the start of a new phase triggered an invoice for the project. In addition, $10 in vendor and subcontractor bills have also been received. The profit is overstated by $20.

The percent of completion method only recognizes the part of the project that is complete and the costs associated with that revenue for an accurate 50% profit margin.

The completed-contract method doesn’t recognize any income or costs until the job is complete. This method is used by spec home builders because there is no way to accurately predict the final sales price of the project.

Karen Mitchell is the author of Contractor’s Guide to QuickBooks (Pro) and Construction Forms for Contractors. She has been a popular speaker at JLCLive conferences and has a two-hour training course available on our website. She can be reached at www.onlineaccounting.com or info@onlineaccounting.com.

“Knowledge is like money: to be of value it must circulate, and in circulating it can increase in quantity and, hopefully, in value.” – Louis L’Amour