One of the top three visited pages on our website is titled “Cost Plus Contracts, Time and Material Contracts“. There’s a reason for that.

Last week, within one hour, I took calls from two different contractors in different parts of the U.S. Both of them were working with a cost plus contract, and both of them are facing lawsuits for fraud. 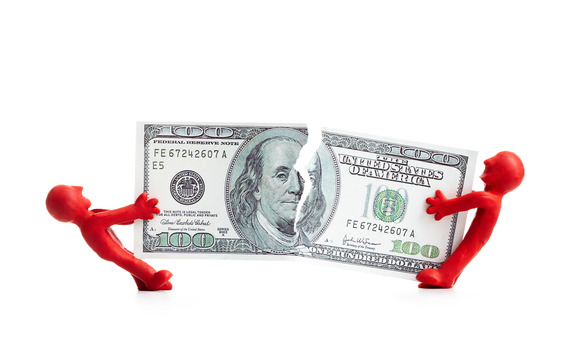 The first contractor’s project was over $700k. The owner is claiming the contractor overcharged them. In my opinion, having heard from the contractor only, he didn’t overcharge the owner, it looks like he charged them far less than he should, adding 10% overhead and 10% profit. But the owner believes they know more about construction than the contractor could ever know and thinks that’s way too high.

The second contractor’s project was smaller, only $240k, but the owner is still threatening a lawsuit for fraud. In this case, I told the contractor where I thought he had made a mistake and what he needs to do to get things fixed before they all end up in court.

In both cases, because there is no clear cut definition of Cost Plus, the contractor and the owner are looking at the same contract document and interpreting it two different ways.

Cost Plus contracts end up in court because it is too easy for the total price of the project to exceed what the owner expected or wanted, and it’s too easy to argue about what “cost” is. And nobody wins when you go to court. Cost Plus jobs are easier and faster to start because you don’t need to spend time creating a detailed estimate or writing a detailed contract. But they can be a lot more difficult to collect, and if you can’t get paid fairly for your work, the project isn’t worth doing. Learn to estimate, write detailed contracts, and sell your services on a fixed price contract.

Time and material contracts (or hourly rate contracts) are normally much smaller jobs. Ideally, they are no more than $2,500. Almost always when I hear about problems with a time and material contract it’s with a larger project. I’ve seen T & M contracts in excess of $100,000, but most of the jobs that are sent to arbitration or end up in court are in the $10,000 to $40,000 range.

The main problem with time and material contracts is when the contractor doesn’t write a “Not To Exceed” statement on the T & M agreement. That’s usually because they’re too lazy to estimate the job before they get started, or they don’t know how to estimate. You should be able to give an estimate that’s within ten percent what the job will run – if you can’t, it’s time to learn.

So, the contractor doesn’t include a “Not To Exceed” clause and he starts the job. He has to go to the supply house for some parts, he makes two or three stops in the bathroom, he steps outside and smokes a few cigarettes or drinks a cup of coffee, he takes calls on his mobile phone and then the owner complains about the final labor bill. When you’re getting paid by the hour, you get watched.

If you are going to charge by the hour, make sure the customer knows up front how many hours to expect and put it on the contract or agreement. Once they sign that agreement, you still must be careful to make the best use of your time on their job. Chatting on your phone, smoking a few cigarettes or even making small talk with the client isn’t going to win you any friends or referrals.

Another problem with using a Time and Material contract, or an hourly rate contract, is what happens to your labor rate when you dump your entire overhead burden onto that rate. Think it through. When you tell them your rate per hour is $55 or $70, how many think that’s what you are paying yourself? Most don’t understand that it covers your overhead as well, many of them don’t believe you even have any overhead. But a $55 – $70 hour rate is what is often needed to cover insurance, advertising, vehicles, office expenses, etc. With a fixed price contract, you can usually stay away from having to explain the nitty-gritty.

If you are going to deviate from a standard fixed price contract, look at your approach from your client’s point of view. Make sure they know what to expect and what you’ll do. That will help keep complaints and grievances to a minimum, and you’ll get paid for your work.