Cost-Plus with a “Not to Exceed”

A contractor asked for my opinion on a request he recently received. Let me share portions of it with you:

We are in receipt of proposals from several well-qualified general contractors, all of whom have shown interest in our project. . . . We anticipate that the eight homes . . . immediately followed by seven more homes . . . this will lead to the kick-off of the 55 (additional) homes 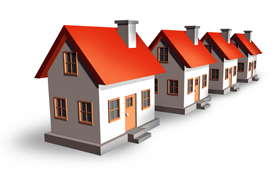 A review of the proposals shows a very tight grouping of competitive estimates by the various contractors, with no one contractor standing out as being the “low bid.” That being said, we are not necessarily looking for the “low bid,” and are more concerned about establishing a long term working relationship that treats all parties fairly. This would be with a contractor who can work with us regarding value engineering in an effort to meet our projected building costs . . .

We would like to schedule an interview with you . . . and request that at that meeting you provide us for an outline of a “Cost Plus Proposal” with a maximum not to exceed. This would include the following:

Cost of General Requirements
Requested “mark-up” on all subcontractors and materials
Identify “in-house” labor costs, inclusive of superintendent if required, and what those costs are
Profit & Overhead
Outline of how Change Orders will be accomplished

Please let me know your availability . . .

I’ve said before that most owners want cost-plus contracts because they think it will be cheaper. This letter is a perfect example. The developer is after one thing: getting this project built as cheaply as possible. They don’t care about the general contractor or the subs, they care about meeting their projected building costs.

Notice that they’re taking this approach after several contractors spent time putting together bids for this project. I wouldn’t be surprised if all the bids were close to or over their projected building costs, and that’s why they’re going this route.

They believe they’re entitled to know the contractor’s overhead and profit numbers. I get the feeling that the person who wrote this letter is a control freak. Am I the only one who had that thought?

Rather than exercising this much control in order to keep costs down, why doesn’t the developer get their own contracting license and hire a job superintendent? Find a superintendent with a good track record, pay them a reasonable hourly wage, and turn them loose? My guess is that they don’t want the liability or the risk. They want the contractor to take full responsibility in case anything goes wrong. If the job runs over, the not-to-exceed clause guarantees that the contractor takes the loss.

The project might turn out well for the contractor for a while. With a commitment for that many homes, they’ll have cash flowing steadily through their company. It’ll be fine until they reach the last house, the cash stops flowing, and they still have bills to pay. When cash stops flowing, that’s when the stuff hits the fan. That’s when you feel the impact of pricing your jobs too low.

It’s not just the general contractor who can be hurt in a project like this. The general will lean on subs to sacrifice their profit margins, and subs and suppliers take the biggest risk of not getting paid when the project is complete.

I could be wrong. This could be profitable for all parties. But when the owner wants a “not to exceed” on a cost-plus job, that means they’re worried that the job might be more expensive than what they are willing to pay. All cost-plus jobs are risky for a contractor. With a “not to exceed” clause, this one is riskier than most.

A few weeks ago, I talked about the importance of having a “not to exceed” clause on time and material projects. The difference between T&M and cost-plus is the scope of the project; T&M jobs are smaller, usually under a few thousand dollars, completed in a day or so. In a T&M project, the “not to exceed” clause lets them know what to expect. It’s best on all projects to give a firm, fixed-price quotation, but that’s not always feasible on a small project. On a large project like this, it’s definitely feasible.

Most contractors have a dedication to helping others. They want to see their clients realize their dreams, and often, they’ll go overboard to help make it happen. I think the developer of this project knows that and wants to take advantage of it.

Let me rephrase their proposal: “We want a cost-plus agreement because we know it is the cheapest approach to getting these homes built. Give us a ‘not to exceed’ figure in case costs get too high so we won’t lose any money. You take the risk and you assume the liability. We also want your proprietary financial information so we have grounds to claim you’re overcharging us; that way we can refuse to pay you until you lower your price.”

It takes a lot of brass to make a request like this. It isn’t win-win. It’s “We’ll win, we don’t really care what happens to you.”

I’d put this letter in the round file and get back to marketing my business. You’ll spend less marketing to find other clients than you could lose taking a project under these conditions.

“We should not look back unless it is to derive useful lessons from past errors, and for the purpose of profiting by dearly bought experience.” — George Washington