As Published by Costco

Entrepreneurs of every type face a paradox: Either they learn to run their businesses efficiently or their businesses end up running their lives. Construction contractors are no exception. There’s a gaping chasm between the skills experienced craftsmen possess and the expertise required to run a successful business. Contractors are susceptible to many of the same pitfalls all entrepreneurs face and often need extensive help on the business side of their ventures. 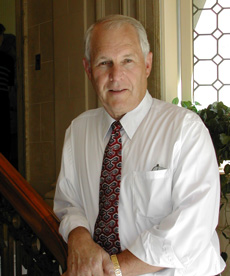 That’s where Costco member and business coach Michael Stone comes in. Stone specializes in helping construction contractors remodel their businesses. “Although I’m sometimes called a consultant, I think of myself as a coach,” explains Stone. “I ask clients what’s going on and we go right down their laundry list. But they set the priority, because they know where they’re heading as a company. I don’t try to teach them their business. Instead, I try to help them think like businesspeople.”

Stone, who cut his teeth in construction as a “gofer” in his father’s company, credits his 44 years of experiences in the industry as the key that enables him to help contractors connect with their goals. “For me, most of the time it’s a case of been there, done that,” he says. “If you’re any kind of businessperson at all, you’ll remember the things you do that work – and the ones that don’t.”

As for his resume, he wired his first house in 1957, then began installing heating systems. In 1968 he earned his plumbing license. After working in several other trades, he earned his general contractor’s license in 1978.

“Whether you’re in Sacramento or Saskatoon, it’s not hard to make money as a builder, if you run your business properly,” says Stone. Since construction companies, like nearly all types of businesses, have a very high failure rate, his message gets attention. His words offer a much-needed sense of hope to weary contractors; others call on him because they believe his expertise will help them take their businesses to the next level.

Stone takes on clients only if he believes he can help them. He avoids coaching contractors who are resistant to new ideas or seem argumentative while he’s fielding preliminary questions. Coaching sessions run about 30 to 45 minutes per week. “In 2003,” Stone says, “33 contractors came to us; 30 of them were operating in the black after our 12-week sessions. You turn your business around one job at a time.”

Mike Bober, owner and operator of Central Street Carpentry, a remodeling company in Oshkosh, Wisconsin, says that calling Stone was his last-ditch effort before he gave up on the company he’d worked 10 years to build. Although his clients were nearly always happy with the quality of his company’s work, it was in shambles financially. “I was seriously struggling,” he explains. “Some years I didn’t know if the company made money or not. I was $70,000 in debt. It seemed hopeless.”

Bober says that Stone helped him identify a few key areas to work on in his company. “It boiled down to lack of marketing and the fact that we needed to raise our prices,” he says. “We’re ahead of our projections now. And it looks as though we’ll be able to pay off our debts this year and become profitable.”

Stone’s transformation from contractor to coach began about 20 years ago. After seeing hundreds of talented contractors fail in their businesses because they didn’t know how to price their services at a profit, he started offering his help, part-time. In 1998, he finished a book called “Markup and Profit: A Contractor’s Guide“. His book led to seminars and calls from contractors at all different stages in their businesses seeking personalized help, which led to a full-time career in coaching in 1999.

Stone says his smarts were earned through trial and error. “I think everyone goes through a period when they’re drowning in red ink,” he says. “I know I did when I was younger. But I had a good friend, Monty Osier, who mentored me. He was an older contractor. When I made mistakes, we’d go over them. Because he was such a nice person, it was easy to follow him.”

This year, Stone plans to help even more contractors combine their talents with good business practices in order to attain their goals – one job at a time.

This website uses cookies to improve your experience while you navigate through the website. Out of these, the cookies that are categorized as necessary are stored on your browser as they are essential for the working of basic functionalities of the website. We also use third-party cookies that help us analyze and understand how you use this website. These cookies will be stored in your browser only with your consent. You also have the option to opt-out of these cookies. But opting out of some of these cookies may affect your browsing experience.
Necessary Always Enabled
Necessary cookies are absolutely essential for the website to function properly. These cookies ensure basic functionalities and security features of the website, anonymously.
SAVE & ACCEPT
Scroll to Top