A note we received: 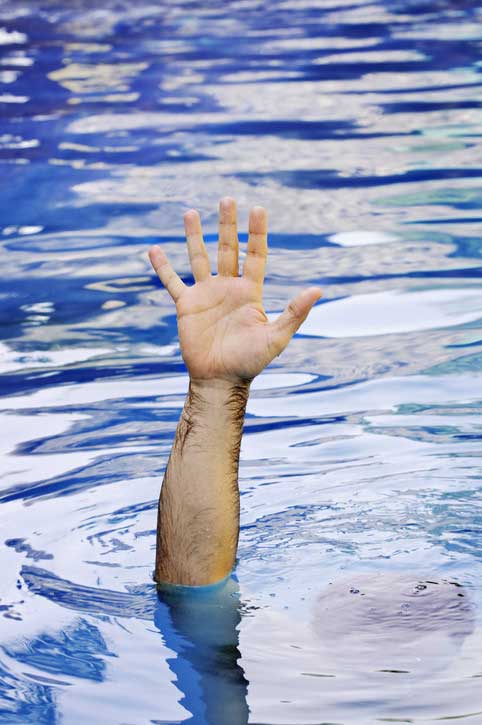 “My name is ____, I live in ____. My wife and I run a company called ____. I feel ridiculous even sending this email, as I’ve read through Markup and Profit twice, Profitable Sales once, I’ve taken several of the online classes (with plans to take them all), and I never stop reading/listening to business development books.

And yet: my wife and I never stop working. Take a Sunday off? We fall behind. We have more work than we know what to do with, yet we struggle to make bills (both business and personal bills). The only debt we have is a personal loan through a friend for our service van ($20,000 payable over 5 years – LOW interest rate). We have a pretty good sales/closing rate and I keep up on our markup quarterly to make sure we sell enough to pay everything.

According to the math, my wife and I should be bringing home roughly $70k each annually. Instead we bring in $2,200 total monthly and only that much so we can pay some surprise bills.

I understand that I am not selling all jobs at full markup (and I understand that you said vehemently NOT to do that in the books). I also understand a few other pitfalls we’re experiencing. However, I simply don’t see the way out/around/over these issues.

I would greatly appreciate your help. . . . We’re going to succeed or die trying, but right now my bet is on the latter…

Thank you for your time.”

I had two important questions for the contractor after reading his note.

First question: What was the average error factor on his estimates? The error factor is the difference between the estimated cost for a job and the actual cost of building the job.

I’ve seen error factors well over 10%, when you want to be in the 1-2% range. You don’t know your error factor until after you’ve built the job and can compare actual costs to the costs on your estimate sheet. It’s important to do this comparison (known as job costing), both to improve your estimating skills, and so you know how much to add to your estimates to make up for those errors. I talk about how to compensate for estimating errors in this sample video clip from our Profitable Estimating class.

Second question: What percent of annual revenue is sold at less than full markup?

I have said many times that only a fool would cut their markup on jobs they quote. It’s easy to start reducing your markup to make a sale, convincing yourself that you’ll make it up on the next job. It seldom works out like that; in fact, I can’t remember the last time I actually saw that happen.

Some make a practice of this by calling it a variable markup. I talked about that a few years ago in this article. Whatever you want to call it, using a markup lower than you need, spread over a period of a year, can and does get very costly.

If you have more work than you know what to do with, or if you have to work Sundays to keep up with the workload, your price is too low. You’re cheating yourself and your family; only your clients are winning in this scenario.

It’s easy to keep doing what you’ve always done and not realize something is wrong. Or to think “that’s just the way it has to be.” I admire this contractor for having the courage to ask for help; he’s well on his way to getting his business on the right track.

“Most of the important things in the world have been accomplished by people who have kept on trying when there seemed to be no help at all.” — Dale Carnegie