Skip to content
Home » All Articles » Contracts » Mediation or Arbitration?

If you build enough jobs, the odds are that you’ll end up in a dispute someday. If your contract is strong enough and your client reasonable enough, the disagreement can be resolved quickly. But some disagreements just aren’t settled easily 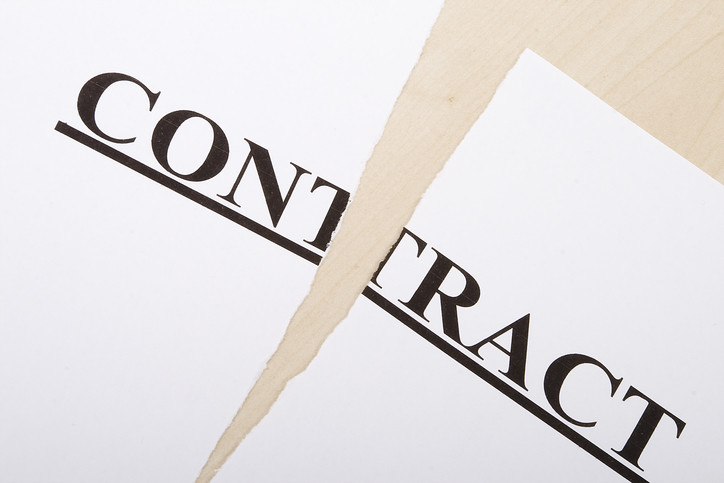 You need language in your contract that states what will happen in case of a disagreement. I’d like to explain why your contract should call for arbitration and not mediation to settle disputes.

Mediation is the process of getting two or more disagreeing parties together to find a solution to the problem. A neutral third party is involved to keep the parties focused, to help them find common ground, and to get all the issues resolved. In theory, mediation is a great idea, and it works well in certain types of disputes. In my opinion, it doesn’t work well in construction-related disputes, for three reasons.

First, in mediation, either party can walk away from the process. If they don’t like what they hear, or if they have no intention of getting the issues resolved, they can simply walk away. That doesn’t develop a lot of trust, because you don’t have any guarantee the other party will stick with the process and put out the effort needed to help get the issues resolved.

Second, it has been my experience that some building owners submit to mediation because they want to drag the process out as long as possible. They have no intention of solving the issues; they just don’t want to pay the bill. The longer they can drag out the meetings, letters, phone calls, and hearings, the more likely it is that the contractor will eventually say, “To hell with this, I have better things to do with my time. Forget the final payment, I’m out of here.” All too often, that’s what the owner wanted in the first place when they started the whole bitch, gripe and complain process. They didn’t want to pay the bill. I’ve seen it happen too many times for it to be a coincidence.

Finally, mediation is all about compromise and finding common ground. Often the contractor is anxious to get the issues resolved, finish the job and get on to other jobs. So they cave in and agree to compromises that give away already low profit margins and lose money on the job. The mediator doesn’t care; they got the parties to agree. They look good. The owner is happy because they got their job done for less than the original estimate and often that was the goal from the start.

In all my years of helping resolve disputes, I can’t remember the last time I saw mediation work in a contractor’s favor. This includes those situations where the owner was just plain dishonest and didn’t have any legitimate claim against the contractor. It’s just easier for a contractor to give away the farm, in the hope that they can protect their reputation, than to fight for what is right.

Arbitration is the process of resolving a dispute by employing a third party who will hold a hearing, listen to both sides, and render a decision. Your contract should state BINDING arbitration; you want the issue resolved and finished, the sooner the better.

Arbitration, structured properly, usually gets issues resolved much faster than mediation, and often at far less cost. Additionally, arbitration decisions are enforceable and, according to the American Arbitration Association, over 90% of arbitrations have a clear winner.

There is a procedure that most arbitrators follow that gives both parties a chance to state their case, ask each other questions and then answer the arbitrator’s questions. This moves the arbitration along and you don’t have to fuss and worry about what compromises have to be made to get things resolved.

I wouldn’t necessarily specify that the arbitration be done by the American Arbitration Association. They are good, but bringing them in runs the cost up and slows the process way down. If you don’t believe this, look at the rules and regulations of involving them in your dispute.

You should only agree to use a non-attorney arbitrator. Even if your attorney is familiar with construction, their learning curve will take much longer than someone who knows construction. When I’ve conducted arbitrations, it’s taken me on average three to four hours to conduct the hearing. I normally write my decision in less than an hour and have it back to the parties within two to three days of the hearing. When I’ve been an expert witness in hearings conducted by attorneys, they can spend two to three days on the hearing, with a decision promised anywhere from ten to thirty days after the hearing. When you’re paying $150 to $300 an hour for an arbitrator, and that much or more for your attorney, time is of the essence.

Another downside to attorneys serving as arbitrators is that they are saddled with courtroom baggage. They drag all the legal stuff into the hearing while you pay the bill. I have heard it said many times that arbitrations should be about common sense, not the points of somebody’s law book. As you can read in my disclaimer below, I’m not an attorney. I appreciate that attorneys exist and I recommend them often, just not for arbitration.

Consider this language for your contracts. It addresses many of the issues I’ve found that can and will cost you money. It’s included in our contract writing software, Fast Track Proposal Writer.

Any controversy or claim arising out of or relating to this contract, or the breach thereof, shall be settled by Arbitration through the (SPECIFY ASSOCIATION OR COMPANY) as agreed between parties to this Contract, and under the laws of the (STATE). Arbitration shall occur prior to any litigation by any party to this agreement. Arbitration shall occur at the place where the project is located. The prevailing party in such controversy will be entitled to an award of any arbitration fees and to its reasonable attorney’s fees incurred in such a controversy.

If a neutral verdict is found by the Arbitrator, then both parties shall pay their own attorney’s fees and split the cost of the Arbitrator equally.

Judgment upon the award rendered by the Arbitrator shall be final and binding upon all parties to this agreement, and may be entered in any court having jurisdiction thereof.

The arbitrator will be a non-attorney, selected by mutual agreement between the parties involved in this dispute. Arbitration shall be the sole remedy under this agreement and shall survive the termination period of all warranties.

There are two sides to every argument, and some contractors screw up royally. When they do, they’ll lose in both mediation and in arbitration. No one expects a consumer to have to pay for something that’s wrong.

But when the problem is a building owner who doesn’t want to pay their bill or is being unreasonable, the contractor can still lose in mediation. That’s why I suggest you include arbitration clauses in your contracts.

“I have known a vast quantity of nonsense talked about bad men not looking you in the face. Don’t trust that conventional idea. Dishonesty will stare honesty out of countenance any day in the week, if there is anything to be got by it.”
— Charles Dickens