You are here: Home / Articles / Labor Rate for Construction 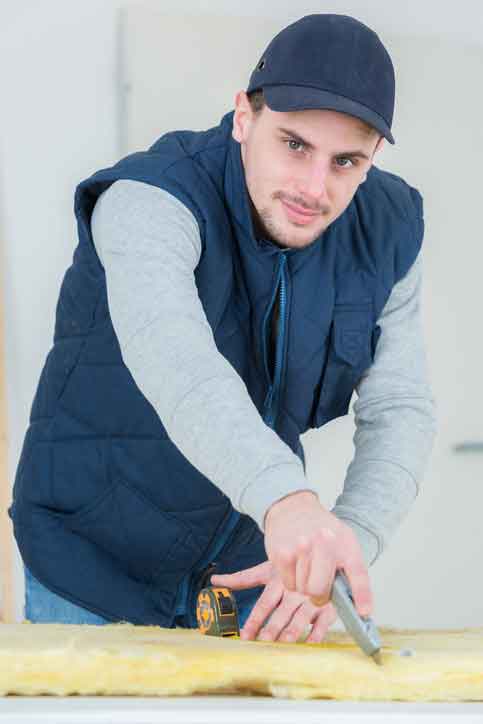 There is what I’ll call a regional influence on what contractors are willing to pay for a particular type of labor. The hourly rate in Seattle area for a job foreperson is probably different than the hourly rate in San Francisco, Phoenix, or North Dakota.

If you are the business owner and you’re working on jobs, you may be wondering what to pay yourself. The simple answer is that you should be the highest paid mechanic in your shop. I talk about the importance of paying yourself and how to set your salary in our book Markup & Profit Revisited.

Keep in mind that what you pay isn’t the same thing as the hourly rate you need to use in estimating, just like it isn’t the charge rate you should quote if you are doing time and material jobs with an hourly rate.

I want to encourage you to do the math for your employees to be sure that the hourly rate you put on your estimate sheet is the amount of money that person is costing you when they set foot on a job. This isn’t what you are paying them; it’s what they cost you. It’s called the burdened labor rate, we have an article that explains how to calculate that rate here.

Why is it important to know the burdened labor rate when you estimate your work? Let me explain.

Every cost incurred by your business needs to be included in either your job costs or your overhead expenses. No exception. The labor burden is the one that often falls through the cracks. When the markup is calculated, it’s considered a job cost or it’s forgotten altogether. When the job is estimated, it isn’t included because it’s considered overhead.

That leaves it completely out of the sales price, and that costs you money. The biggest error in estimating projects is almost always labor. This can come in two forms, the first being a miscalculation of the amount of time a particular job will take to do. The other one is using inaccurate labor rates for the people working on the job. Your labor hour estimate can be dead on but if you are charging 20% less than you should for the individuals working on the job site that can amount to a substantial loss of money when the job is completed.

When you’re on a sales call, if you’ve missed the labor on the last four jobs you sold and you made little or no profit on those jobs, it is tough to sell that next job because your confidence is down. Your focus then shifts to price instead of selling quality, value and service. That doesn’t work.

Calculate your labor costs, include all the costs in your estimate, and use the correct markup so you can make a profit on your sales.

You could do like the crooked auto industry and wage and price fix everything.Set your rates at the maximum the market will bear through collusion then force the wages down to illegally increase your GPM’s.You could start your mark ups at about 400% and go over 1,000% easy.The government doesn’t anymore since Obama unless you’re a Disney animator then you might be in violation of Anti-trust.We will all be riding bicycles soon because there aren’t any mechanics anymore but you got to get it when you can.

I havent seen a 40 per hour labor rate by any contractor in years. In CA billing for an electrician may be around 90….in Dallas a GC usually bills about 70 or so…depending upon trades involved. IT doesnt matter if a contractor figures thier rate and overhead as you suggest (by bid) or rate and hours. As it is a contract value, generally there is overhead, profit margin and RISK margin added. (40 dollar rates can be found for non-contractor home maintenance rates even in Florida…one of the cheapest places in the country wage-wise). WHile some jobs are “cookie cutter”… Read more »

Time and materials works great for me, it’s what I usually do, and the clients are fine with it. Some projects are a total agreed price. Just depends on the details of the project and the client as to which way is done. I’m in horticulture-landscape-irrigation-arboriculture. I don’t do concrete, walls, lighting, but basically everything else, emphasis on horticulture, arboriculture, irrigation, and design.

I charge from the shop to the job and time stops at the end of the day at the job site. This way I know who is at work that day and trucks can be loaded or unloadedin the morning. I pay one way.

could someboday tell if when you pay labor by hour, if only accont when they at site or includ drive on the road?

Probably the wrong forum to address this but, just curious where the construction industry is heading in regards to contractors rate of installation prices. It appears tobe a two headed monster where for the last 30 years installation rates have not even kept up inflation. Now with the economy in the toilet, subs are cutting each others throats worse than ever. General contractors are by passing true shops and going to the guys that got let go due the slow down who are now in business as their own business competing againist the very same shops that let them go… Read more »

This is a GREAT post and has really opened my eyes on something that I hadn’t figured out until now. So – does anyone know what the burden for labor in Oregon is (not includeing workers comp)? I’m thinking that my framing labor costs for the same laborer are going to be more expensive for framing than for finish carpentry since the workers comp insurance in that category is so much more expensive. I’d be interested in this conversation carrying on further, since I really fell like this is my weakest subject.

I usually charge any where from 27 to 35 per labor hour. I adjust it based on the number of hours estimated for a job.

I am bidding out the labor on a large commercial pool and deck in New Orleans to set 1″x1″ tile on a 1 3/8″ mud bed on all horizontal surfaces(aprox. 6000sq’) and direct bond all vertical surfaces(aprox. 3000sq’). I need at least 3 – 4 guys and I am guessing it should take about three months to complete. The pool floor is sloped towards the 2 hoppers and graduates from 3’6″ to 7’3″. It has a set of six steps in the shallow end. I am not quite sure how to factor in all the expenses for a bottom line… Read more »

Thanks for your post. So, how do we eat an elephant? Right, one bite at a time. First, make a checklist of everything that needs to be checked on this job. Do this even before you start doing your estimate. Put these checklist items in the same order that you do the bits and pieces of your estimate. Break the job down into prioritized individual parts. You won’t do the whole job at once, but will build it a section or piece or part at a time and in some order. Do your estimate the same way. When you are… Read more »

Pretty simple that way..that is pretty much how we do it. It makes accurate estimating very important.

We have increased our markup based upon last years GM requirements. T & M is nothing by an open ended disaster waiting to happen.

That is how I do it. Keep it simple. I figure out what my overhead is for the year and how much work I think I’ll be able to do (based on previous years production and upcoming contracts). I plug those numbers into my formula and get my markup. Then for every job I add up material, labor costs and add my markup to it. And that’s it. No time & materials projects which can turn ugly.