Finding good employees is difficult, and you want to keep the ones you find. Sadly, I’ve spoken with a few contractors who’ve had their lead person, the one running their jobs, quit in frustration. Let me explain. 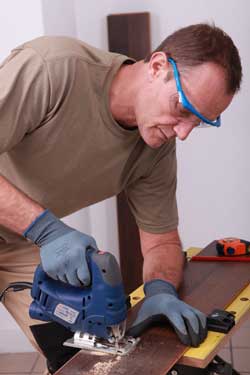 Every leadman has someone overseeing them. In a small company, it’s the owner. In a larger company, a job superintendent might be responsible for multiple lead carpenters or foremen, each running their own jobs. Too often, frustration is happening because there isn’t clear communication between the lead person and the person overseeing them.

Communication isn’t the proper word, because it’s about more than explaining what should be done. Communication is part of it; you need to hold a pre-job layout on every job after it’s sold, and the lead person is an important attendee at that meeting. We discuss the pre-job layout in our book Profitable Sales; it’s the salesperson’s responsibility to conduct that layout.

But you can’t stop at just the pre-job meeting. If you’re the owner, or if you’re a job superintendent with multiple leads running jobs, it’s your responsibility to check those jobs on a regular basis to make sure things are being done the way you want them done.

This should happen at least once a week. If it’s a small job of five days or less, it should be checked at least twice. Jobs need to be checked frequently in order to:

Now, there are lots of other things that can go wrong on a job, such as employees showing up late or not at all, subs not keeping the job clean, subs or your employees not looking out for the next guy due on the job, delayed inspections, etc. If you’re checking jobs on a regular basis, you’ll catch most of these problems with enough time to get them corrected and keep the job on track.

This discussion needs to take place away from all other ears; this is no one’s business except yours and your lead person’s. Take them out for a quick coffee, or go sit in your vehicle. Tell them the problems you’ve found, work through possible solutions, and give them a time frame to get the problems corrected. Don’t listen to any bs or excuses. Here is the problem, let’s get it fixed. Be nice but firm.

When you circle back for your next job check, be sure all the problems have been taken care of or are in the process of being fixed. If they haven’t, time for another private discussion. No excuses, no whining or gnashing of teeth. Get it done.

If they don’t or won’t respond, it’s time for a transfer to the competition. If they respond well, compliment their work and say it in front of everyone.

You might think it takes too much time to check on jobs, but look at it this way. When things get done wrong, they have to be redone. Guess who gets to pay for that? When jobs run over, who pays for the extra labor on the job? Who has to deal with the unhappy client?

If you don’t check your jobs frequently, you won’t know that your framing crew is now in day ten of a six-day framing project. Guess who gets to pay for the extra framing time on that phase of the job? You now also get to reschedule all the subs and your own employees for the balance of that job. Believe me, it’s easier and less expensive to check jobs frequently than to deal with the problems that can happen.

You’ll not only reduce the number of problems you’re having, but also the money it costs to fix them. Best of all, your employees will have the added confidence of knowing they are doing things right.

Lead people on a job do their best, but they aren’t mind-readers. Communicate clearly, often, and in person at least once a week on the job site. It’ll cost you time, but that’s a small price to pay for the reduced employee turnover and increased profitability.

“If you don’t know where you are going, you might wind up someplace else.” — Yogi Berra