Getting Involved with a Storm Chaser

Last week, a contractor called to ask my opinion on getting involved with storm chasers that were in his area. With the severe weather recently experienced in parts of the United States, it seemed appropriate to share this here.

Storm chasers in the construction industry travel through areas after a storm looking to pick up repair work. I’m sure there are some good, honest, reputable companies that chase storms and you or another local company would have no problems doing business with them. We all have families to feed, clothe and educate, and some choose different paths to conduct their business. I’m okay with that.

In this particular case, there’d been a storm in the caller’s area that had caused a lot of roof damage from hail. The storm chaser asked if they could operate under his license while they were working in the area. 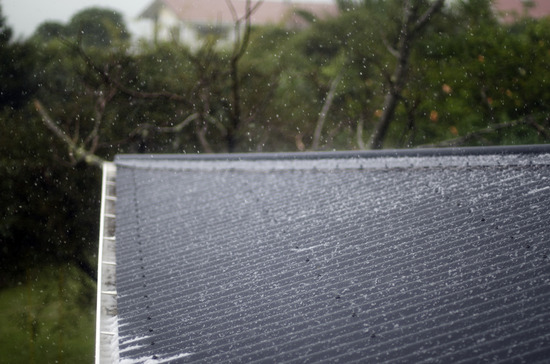 Our discussion brought up several questions that we agreed needed to be resolved before getting involved.

The first and most obvious question was why didn’t they didn’t apply for and obtain their own business license? They apparently felt that partnering with our guy was a better way to go. It would certainly put them in business much faster. But there might be a reason they can’t get their own license, and that would be a deal-breaker.

They may do what they’ve agreed to do and on time, but if they don’t and the client complains, who could be left holding the bag?

Suppose they do the repairs and nine months down the road a roof starts leaking. The storm chasers will be long gone by then. Do you think they’ll be willing to come back and fix the leak? Will our contractor make enough money on the deal to pay for the repairs if the storm chasers don’t?

There were other basic questions as well. Who would handle payment from the client (or insurance company) to the bank to the storm chaser to our company? How did the storm chaser company expect to be paid? How would they reimburse the contractor for his work? Would he be doing part of the work on the jobs, or some of the sales, or would he be involved at all? There were a lot of questions that didn’t have answers.

One more item came up that I thought was a bit odd. The storm chaser said they wanted to use his subs because they were local and our contractor knew them.

I don’t know about you, but I saw a lot of red warning flags. Dealing with a company that would be here today and gone tomorrow is entirely different from dealing with a local company that you know is established and can reasonably expect to still be in town in the future if a problem comes up.

We’ve heard from other contractors wanting to know what we thought of “loaning” their license to another business. It isn’t always a storm-chasing business, sometimes it’s a friend or acquaintance who says it’s too difficult to apply for a license for the small amount of work they will be doing. It’s a situation I almost always discourage.

I told this contractor that I thought he should pass. Was I wrong? Have others worked with situations like this and had it work okay? What advice would you have given him?

Let me know what you think.

“Success is not the key to happiness. Happiness is the key to success. If you love what you are doing, you’ll be a success.” — Albert Schweitzer, humanitarian

This website uses cookies to improve your experience while you navigate through the website. Out of these, the cookies that are categorized as necessary are stored on your browser as they are essential for the working of basic functionalities of the website. We also use third-party cookies that help us analyze and understand how you use this website. These cookies will be stored in your browser only with your consent. You also have the option to opt-out of these cookies. But opting out of some of these cookies may affect your browsing experience.
Necessary Always Enabled
Necessary cookies are absolutely essential for the website to function properly. These cookies ensure basic functionalities and security features of the website, anonymously.
SAVE & ACCEPT
9
0
Would love your thoughts, please comment.x
()
x
| Reply
Scroll to Top