A contractor friend called to complain about problems he’s having with specialty contractors in his area. This isn’t a one-time complaint; I’ve heard the same story from others around the country. 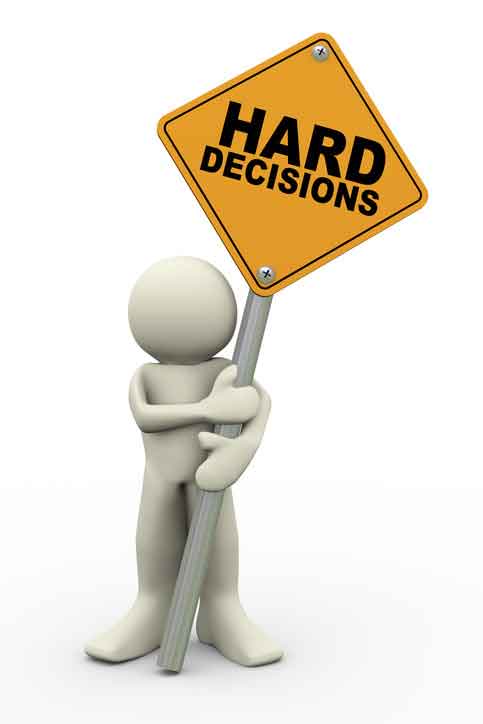 They are getting lackadaisical about taking care of the general contractors they get work from. They aren’t returning phone calls because they’re “too busy.” They aren’t showing up for jobs they have agreed to do, or they’re showing up days late.

To add insult to injury, they’re doubling and tripling their prices to the general contractors. My friend told me that about a week ago, his plumber quoted $10,000 for a job that cost $3,500 eight months ago.

The primary reason they give is that they are too busy. I want to remind all contractors that you might be busy today, but there’s no guarantee you’ll be busy tomorrow. No matter how busy you are, if you’re the business owner, you need to pay attention to business.

Here is an example. Let’s say you’re a HVAC contractor, and you have several jobs lined up with the two, three or four general contractors you normally work for. You’ve worked for these generals for several years and they supply a large portion of the work you do each year. They are the bread-and-butter of your business.

You’re heading out to work on a scheduled job when you receive a call from a home or building owner telling you that their furnace isn’t working. (If you’re a plumber, the water lines are frozen or a toilet overflowed. If you’re an electrician, the power is out at the panel. Every specialty has its own emergencies.)

What do too many specialty contractors do? They give priority to the emergency call. They’ve got to get the heat back on, the water lines fixed, the power working. The general contractors, those who’ve provided most of the work over the years, will just have to wait.

I know the idea of not responding to an emergency for a helpless owner doesn’t sit well with some of you, but putting the service call first is wrong. When you don’t show up to the job for the general contractor that you’d agreed to do, you’re breaking a promise. Not only that, the general contractor now looks bad to their client, and the only thing they did wrong was trusting you to do what you’d agreed to do.

Why would you put someone on your schedule ahead of your bread and butter? You haven’t heard from these homeowners before and probably won’t hear from them again. Putting emergency calls ahead of the contractors who provide the bulk of your work and income year round is short-term thinking. And no, it doesn’t matter how much you think you can charge for that emergency project. It’s pocket change compared to the work you’ll get long term if you treat your general contractors right.

In many cases, those emergencies are a result of deferred maintenance. When you jump to the call, you’re enabling that behavior by owners who are too cheap to keep their home, building, or equipment in good repair. A much smarter move would be to let someone else in your line of work handle emergencies, and you take care of your bread and butter guys.

Now let’s talk about pricing. I understand the desire to raise your prices, but that info needs to be communicated to your general contractors. I know, one of the Ten Cardinal Rules is to get a quote on every item over $300, but if they’ve used you for years, they are pretty good at guessing your prices. So if you’re making significant changes to your pricing, let your generals know ahead of time. It’s common courtesy.

Devon warned me I’d make a lot of readers unhappy with this article. Specialties will be upset that I’m chastising them and not generals. (Trust me, I’ve chastised general contractors many times.) Building owners will be ticked that I said their emergency isn’t important. That’s okay, this isn’t about them. Others will think I’m cold-hearted that I don’t care if people don’t have heat in the winter. They forget that I’m also a homeowner and I know that sometimes I have to wait, even when it’s cold outside.

Here’s the thing. You own a business, and things won’t always be good. If you don’t believe me, you haven’t been in business long enough.

There will be a downturn, and when it happens you’ll be depending on your general contractors, who are caught in the same downturn, to help you pay your bills. If they can’t count on you today, they won’t turn to you in the future.

“It takes many good deeds to build a good reputation, and only one bad one to lose it.” — Benjamin Franklin