I recently spent time with the job superintendent of a large construction company in our area. He’s involved on a large project that’s over $10 million for a prime contractor who has the original contract with the building owner. 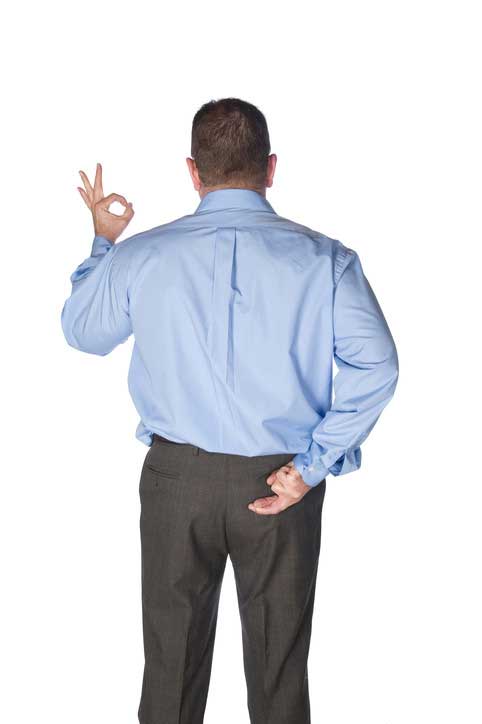 The building owners are using a not-too-unusual trick to avoid paying for all of their change work orders. It’s a common scenario; I’ve heard similar stories from other contractors and it happens in both residential and commercial projects. This is how it works:

The job gets started and at some point, the contractor runs into a necessary change. Usually it’s a design problem, or a change required by an inspector because something isn’t up to code. Sometimes it’s selections that aren’t turning out the way the owner or the architect/designer expected.

The contractor, as they should, writes a Change Work Order (CWO) specifying all the changes to be done, with a price, and gives it to the owner. Sometimes the CWO is given to the architect or the project manager, but eventually it makes its way to the owner, who sits on it. In the meantime the job moves ahead.

After waiting, usually three weeks or more, the owner sends a notice that they are rejecting the CWO for some reason. The change has already been made with no documentation or approval in writing from the owner’s or project manager.

Make no mistake about this, the delay is done deliberately by the owner. They are trying to get the work done for free or at a greatly reduced rate. They know that the contractor wants to get the project finished and get out of there and that, in all likelihood, since the change has already been made on the project the contractor will reduce the price of the CWO or write it off rather than bother to fight.

This scenario can play out any number of ways, but the underlying approach used is almost always the same.

Keep in mind that someone who has the financial wherewithal to put up buildings in the multimillion dollar range likely has experience in building, and they know the tricks they can use to keep from paying full price. They also have deep enough pockets that they can outwait most contractors.

How do you protect yourself from a game like this? Before you submit a proposal or sign any documents or make any agreements for any job of this size, find out how the job will be financed. Is there a lender involved, and if so, who are they? Or is the owner financing it themselves? Make sure you have correct contact information so you can communicate with the lender.

Put your proposal together with a clear payment schedule. Let them know that you’ll be filing a notice of intent to lien the first day of the job, and the lender will be getting a copy of that notice.

In your documentation or proposal, make it clear that if your payment schedule isn’t met, you’ll file a lien immediately. Also explain that if you have to file a lien and they still haven’t paid after thirty days (or however many days you want to set), you’ll start foreclosure.

Too many contractors might be scared to take this approach because they don’t want to alienate the owner. Gang, this will only alienate an owner who doesn’t intend to keep the payment schedule. This is business. Why would you work for an individual or company that doesn’t intend to pay you on time? A honest building owner who intends to keep their contract promises won’t be alienated because they know it won’t be an issue.

This approach will eliminate the owners who hope to take advantage of you. You’ll hear, “We don’t work like that” or “Your proposal is non-responsive” or whatever else they can dream up to avoid working with you. They know they won’t be able to play the game of not responding to your CWOs and paying you for your work and on time.

There are a few more things to consider. When you write a CWO for a job, include a time limit on the approval. Three days is plenty of time for an owner to decide to make a change or not. Maybe four or five days in some instances, but weeks or months? Not necessary. Also tell them in writing that if they don’t approve or deny it in that time frame, you’ll assume it’s been approved and you’ll implement the change in order to keep the time schedule. That might or might not hold up in a court fight, but it’s worth documenting and it should encourage them to decide much faster.

Make sure your documentation includes the payment schedule for change work orders. You’ll get half down at the time, and, if it’s a residential job, the balance is added to the next progress payment. If it’s a commercial job, you’ll get half down upfront, and the balance within three days of the CWO completion. You should never wait to the end of the job to be paid for a change work order. Never. That’s non-negotiable.

Here’s another trick that some owners try to use on contractors. They’ll tell you that they aren’t going to pay for a change because “the plans were wrong”. If you drew the plans for the job, it’s your fault. But if they or their architect furnished the plans for the job, and those plans had errors or code violations, it’s on them. The trick is that the bid documents state that the contractor is responsible for all field measurements and building applications. In their minds, that means you assume responsibility for all costs when changes need to be made.

Don’t ever sign on to a job or agree that you’re responsible for field measurements and building applications. The person they paid to do the plans is responsible. If they don’t agree, you’d be smart to walk away from the job.

Unscrupulous people have always been out there, and they will continue to try and put the screws to honest, hardworking contractors as long as they can find ones who are willing to build their jobs. Do your homework, get all the info upfront and if you write a strong proposal, you will send most of these rats scurrying for their holes before you ever get to the contract.