Our goal for over twenty years now has been to help construction-related business owners build successful, profitable businesses. Over the years we’ve received many positive calls and notes thanking us for the advice and support we’ve provided through our website, our books, our classes, and our coaching. “We Like to See the Good Guys Win,” and we’ve received a lot of joy watching others succeed.

Thank you for all the clear advice over the years. Your words ringing in my husband’s head have been a major catalyst for change, and probably the primary reason that after 8 years he is finally starting to charge for estimates and not let people talk down his price. The idea that he should only get 1/3 of the jobs he bid was freeing for someone who took most encounters with clients to heart and wanted to make them happy.

This has been the most successful year by far for my husband’s business, and the prior year was almost as good. The taxes aren’t all done, but he thinks he is on track to break six figures for the first time ever. The credit card is nearly paid off and his relief is palpable. He is talking about buying a house in a year and a half, because he thinks it could be something he would actually want to live in.

The problem is that I haven’t had so much as a hug in almost a year. He says he has nothing to give, calls himself a terrible father, and says he doesn’t want more children. He tells me about work and then falls asleep on the couch. I understand that there is a certain amount of single-mindedness that is necessary for success, but a family is not a can of coffee that you take down off the shelf when the time is right to brew a cup. For the business, it is important to make it impersonal. But for the rest of life, it needs to be different.

The larger reasons why people get into this line of work when they have the option to do something else are complex, but include wanting to work hands-on, wanting a sense of mastery in the world, and wanting the potential for a large income. Once there are clients in the picture, there is a desire to make them happy. It’s easy to sacrifice the family on the altar of business because they tend to put up with you and stick around, and client’s don’t. I’ve actually been told that he can’t try to keep me happy because there 150 other people in his life that he is trying to keep happy.

I would suggest the benchmark for what is a reasonable number of hours to work in a week (and around which to calculate markup) be this: You should have the energy to play with your kids, sleep with your wife, fix the things around the house that would get fixed for a client, and think about something besides work. Maybe that would mean 40 hours for one person and 55 for another.

Only a rare wife and mother would prefer more disposable income to quality family time or a weekend away with her husband. Women put up with the long hours and poor pay because they see that a man needs to prove something to himself. They imagine that they will be appreciated for their support once things settle down. Men also imagine that they will take time for their family, buy their wife a nice house, and generally show their love once they have achieved mastery over their corner of the world. But that’s not how relationships work. People can be patient when things are tough, but if they are ignored when times are good, and bypassed for the money, they feel cheated to find they were at the bottom of the list all along.

I have seen that you address the question of character regularly, but I think men need to specifically hear that the money is not the same kind of goal for the other people in their life that it is for them, and that it is just as easy to be consumed by a successful business as an unsuccessful one. And generally a wife does not want a nicer house as a substitute for her husband’s love.

All the numbers could be great, but home life doesn’t wait until there is ‘enough’, it happens now.

If there’s the slightest possibility that your spouse can relate to this situation, it’s time to take another look at your priorities. Your role in your family, whether you’re a husband, wife, parent, child, or sibling, takes priority over your role as a business owner or employee. Relationships matter.

Every month we post a “To Do” list, and it always ends with a reminder to spend time with your spouse and family. It’s important to focus on your business and get things done, but if you don’t have the time or energy to give your family what they need, you’re doing it wrong.

“I believe that being successful means having a balance of success stories across the many areas of your life. You can’t truly be considered successful in your business life if your home life is in shambles.” – Zig Ziglar 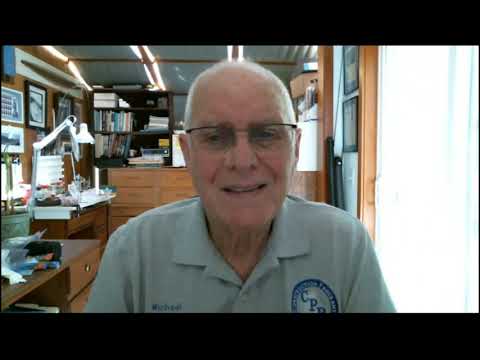 Our weekly newsletter is sent every other Wednesday with a link to new articles and a reminder of upcoming events. Unsubscribe at any time.