When a client decides to make an arbitrary change to your contract to reduce their price or avoid a payment, there are things you can and should do. 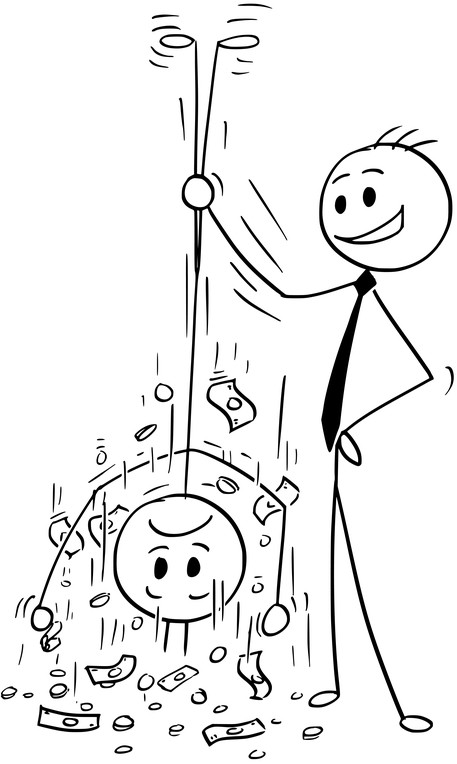 One of our good guys called and said he was having problems with a client trying to change the contract price for their job. The client was claiming they’d had to do things themselves that should have been done by the contractor.

The first thing they’d done was power wash the driveway. For that, they wanted to deduct $400 from the final payment. There wasn’t any mention of power washing anywhere in the contract. The contractor specified that the job would be kept clean and debris hauled away, and that was all. The client also claimed they should be able to deduct an unspecified amount for their labor to paint the rooms where work was done. Again, the contract stated that no painting was included on the job by the contractor.

The language of the contract specifically stated that any changes would be agreed to and put in writing before any changes were made.

Having a strong contract, as this contractor has, doesn’t mean you won’t get arguments. It means you have teeth when an argument starts.

If this comes up at a progress payment, stop the job until it’s resolved. Language should be in every contract that allows you to stop a job, along with a restart fee, if a payment is missed or only a partial payment is made. If the disagreement is over the final payment, it’s time to discuss placing a lien against the property.

There are a few other paragraphs that could have been included in this contract that specifically address some of the issues. For instance:

{CONTRACTOR} will not be responsible for any bills, charges, debts, invoices, or other encumbrances incurred in, on, or for this job by anyone other than {CONTRACTOR} or {CONTRACTOR}’s immediate authorized employees.

The following language could have stopped any claims for power washing:

{CONTRACTOR} is not responsible for non-negligent damage to walkways, driveways, patio slabs or other permanent surfacing which may be caused by movement of personal, equipment and materials.

I read the original contract and the contractor assured me he’d done everything on that contract as agreed. This owner decided for whatever reason that they don’t want to pay for work done.

Gang, this is why you need strong contracts. One or two pages don’t cut it. Stuff happens because not everyone is honest, and even some honest people will try any trick to avoid paying monies due. The only way to be prepared is to write a detailed contract, and follow that contract, for every job, every time. (See our Fast Track Proposal Writer software to help you quickly write a detailed contract.)

One more thing on this topic. Another contractor talked to me about a job he was looking at for an attorney. He presented his contract for review and signature. The attorney decided to make all kinds of changes to the contract. I told the contractor to pick up his paperwork and excuse himself from the project. I told him it would be smart to cut his losses up front while it’s only his time that he is out. This is a huge fight just waiting to happen.

Don’t allow the client to try and make changes regardless of who they are. Small adjustments are okay if they don’t affect the job schedule or your payment schedule, but that’s all. Attorneys have no more right to change your contract than anyone else. When a potential client starts rewriting your contract, it’s probably time to walk away.

Often, if you ask enough questions up front, you’ll spot a potential problem waiting to happen. Structure your presentation so the client knows that you and you alone write the contract. If they sign an agreement with you to work on their home or building, you’ll abide by that agreement, and by all that is holy, they better plan to do the same.