You are here: Home / Articles / The Economy and Your Business

As business owners, we need to keep an eye on what’s going on with the economy because it should influence our business decisions. 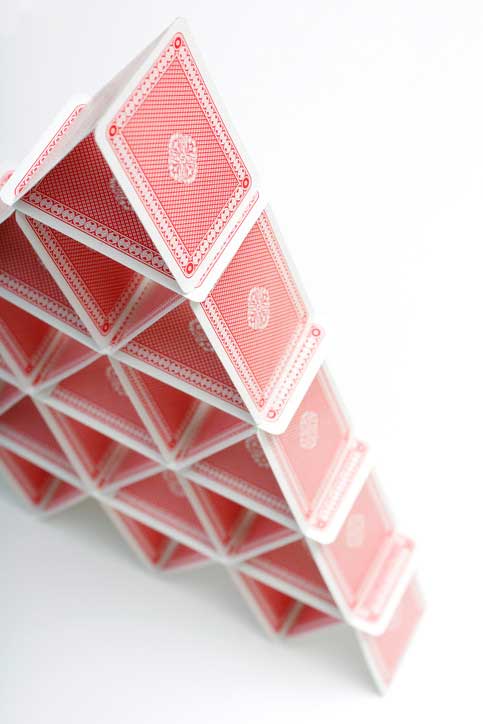 I remember my father, back in the mid-1950’s, talking about the economy and how it was affecting his electrical contracting business. He had a very large company at the time and was working in a six-state area. Many of his jobs were for the US government and that meant he needed political savvy and connections as well. Dad was always looking ahead, planning for what may or may not happen, keeping his options open.

Most of you aren’t doing government work, but the economy still affects you. The truth is that none of us are in control of what goes on, whether it’s a government shutdown, interest rate hikes, trade wars, debt levels, or tax policy. It’s all out of our hands. Those things impact our ability to sell and build jobs, but we can’t do anything about them.

It’s not easy to keep track of changes or understand it’s impact on us because we hear a lot of opinions and information, but they are all guesses. What we do know is the pattern in the past. The construction economy runs in cycles. Business goes from great to awful, and back to great. These cycles normally range from five to seven years in length, and I’ve seen eight of them in my working career. The cycle we are in now hit bottom in early 2009 and it’s getting a little long in the tooth.

I don’t own a crystal ball and wouldn’t know how to use it if I did. But the economy has been all growth for almost ten years, and people with more money than I tell me it’s coming to an end. We have about another nine to twelve months and the cycle is going to start down. Change is coming.

I’ll be very happy if they’re wrong, but it’s wise to be prepared anyway. Let me list a few ways you can be prepared for whatever happens in the coming years.

Have reserves. Getting your Operating Capitol Reserve Account started and regularly fed is step one. We talked about it a few months ago, and we discuss it in Chapter 5 of Markup and Profit Revisited. An OCRA is a rainy-day fund to carry you through downturns. It is your protection against unexpected expenses. It gives you the ability to walk away from bad jobs or bad clients. It keeps the bills paid if someone doesn’t pay you on time, and that allows you to keep food on the table.

If you haven’t started one yet, you can start it today. Whatever you have set aside, even if it’s just a small amount, will benefit your business when it’s needed.

Eliminate Debt. If you’re in debt, either business or personal debt, your goal should be to pay it off as quickly as possible. Once your debts are paid off, make it a practice to stay out of debt.

Debt almost always starts by abusing credit cards. They’re easy to use, but they shouldn’t be used unless they can be paid in full each month. If they aren’t paid in full, debt starts accumulating and before you know it, you’re in deep. Construction-related businesses with a debt load are almost always the first businesses to fail in a downturn. Get it paid off.

Focus on your niche. Don’t try to be all things to all people. Clients today want to do business with specialists, not generalists. Figure out where you make the most money and focus your marketing on that niche. It takes about a year to become known in your area for doing one particular type of work. The sooner you get focused on a specialty, the sooner you start making good money at it. Find a niche and focus all your efforts there.

Don’t build on speculation. If you build new homes or commercial buildings on “spec”, it’s time to put that on hold. When the economy becomes unstable or interest rates start to rise, you’ll have a hard time getting out from under them. I can’t tell you how many contractors I’ve seen forced into bankruptcy because they were saddled with homes or buildings that weren’t wanted or couldn’t be financed.

Aim for profitability, not volume. Building more than the other guys might make you feel good and giving you bragging rights on volume, but it isn’t always a smart approach. Why build 25 to 30 new homes and make a few bucks on each when you can build six to eight and make more money with far less time, effort and risk? Do the math: It’s better to have an annual volume of $1M with an 8% gross margin than an annual volume of $3M with a 2% gross margin.

Prepare yourself, and your company, for the worst. If it doesn’t show up, that’s great; we all win. If it does show up, you’re better equipped to survive it. Use common sense and stay focused on your goals, and you’ll weather most any storm that the economy can throw at you.

Give us a call if we can help. We’re wishing you and your family the very best business year ever in 2019.

“Opportunity does not knock, it presents itself when you beat down the door.” — Kyle Chandler

We value your input. Would you take just a minute to respond to our survey?

Our office will be closed Wednesday, February 19 through the end of the month. All messages and phone calls will be answered when we return.