Sales: Ask Questions and Get Answers 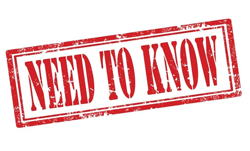 If you’re a salesperson in construction, there are four basic questions that you need to have answered if you want to make the sale. These questions are outlined in this article; I go into depth on how to ask and get answers in our book Profitable Sales, A Contractor’s Guide.

The one question that too many salespeople stumble over asking is the budget for the job. They are worried that it looks bad to ask how much they want to spend. Owners assume they’re only asking so they can raise the price to match the budget.

The truth is, the budget almost always is too low for the project they want. That’s why knowing the budget is critical. You must get the budget set so you know the limits of what you can design and build. It allows you to go through the design and estimating process smoothly so you can get on with building the job. Without knowing their budget, this is what normally happens: you’ll design the job they want and put together an estimate, only to hear that the price is too high. So you’ll redraw the plans and estimate it again, only to hear the price is still too high. You’re wasting time and energy trying to hit a target you can’t see.

The price of every job is primarily determined by the design of the project and selections they make. That’s why you need to ask tough questions before the contract.

However, what happens when you don’t know what their upper limit is? That upper limit is the “we can’t spend more than” figure. Most owners not only have a budget for what they want to spend on a project, they also have an upper limit. This matters, especially if your contract hasn’t defined all selections.

Owners need to understand that a fixed-price contract can still run over budget if changes are made after the contract is signed. If the owner doesn’t make all the selections and decisions prior to the contract getting signed, they are at risk of having the job go over budget. When that happens, if it reaches their upper limit and the job still isn’t finished, they’ll blame you.

It’s your job to educate your clients about this, and then help them keep on budget. I used to tell clients that I’d become their worst nightmare if they started making changes after the job got started. I said it nicely, with a smile, but they knew they needed to think the job through and make their decisions before we got the contract signed. I didn’t want to have a nasty meeting during the job or right after job completion about why the project cost so much more than they expected. I also let them know, nicely, that changes always cost at least twenty or thirty percent more than if the work was included in our original contract.

It’s a fine line between holding them to their budget and telling them what they can do with their own money. If they want to go over their “not to exceed” budget, they certainly can; it’s their money. It’s your job to make sure they understand what they’re doing. That can be a bit dicey to say the least, but helping them stay in their budget is part of your job. The best way to do that is by encouraging them to make all decisions before the contract is signed.

This issue, by the way, is why it’s smart to avoid Cost Plus contracts. When a Cost Plus project goes bad, it’s usually because the project is costing far more than the owner wants to pay. The owner is making decisions as the project goes along without considering how those decisions will impact the final price. By the way, someone who doesn’t want to make decisions up front is often the type of owner who will prefer a Cost Plus contract. It all ties together.

Blaming the contractor for budget overruns is the easy way out, so try not to let it happen. When you encourage or insist that all decisions and selections be made before the final contract, you can’t be blamed for budget overruns. Ask the questions and get the answers early in the process. You’ll make the sale quicker, the job will get built with fewer problems, and everyone will be satisfied when it’s finished. They’ll be happy with the project and the price, and you’ll be happy when they refer you to others.

By the way, a copy of Remodeling Magazine‘s Cost vs. Value report is a valuable tool every salesperson should carry. This report lets you show a homeowner the average price of a given project in your area. It also shows how much the value of the home will increase, on average, because of the improvement. The report is published annually; we recommend subscribing to the magazine (for free) so you’ll receive it when it’s published.

“The price of success is hard work, dedication to the job at hand, and the determination that whether we win or lose, we have applied the best of ourselves to the task at hand.” — Vince Lombardi