A long-time acquaintance and former coaching client sent us a note. He didn’t specifically ask for help; I suspect he wrote because his frustration level reached the point where he needed a friendly shoulder. 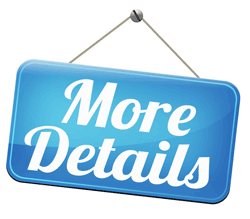 His frustration was with a potential client who asked for an itemized breakdown of his quote. The client didn’t request itemization until after the design work was complete and the contract written. The note the client sent:

Would you please include a more itemized structure of your fees with the revision, without allowances? Price ‘allowances’ don’t mean much to us because we will pick what we will pick – We would like to see break out of what your labor costs are so we know where/how money is being spent.

I hope it’s not too much trouble, but this is how we have always received proposals for projects.

When I was training in sales back in the early 1970s, I remember walking out of a sales call with Jerry Jones, owner of J&J Remodeling in Portland. He was probably one of the best salesmen I’ve ever met.

He said, “Michael, did you notice what I said to them at the beginning of our sales call, about how we operate? You can do anything to a customer you want, as long as you tell them about it up front.”

What he meant was as long as you’re honest and ethical, and tell your potential clients what your company policies are and how you intend to proceed, with rare exceptions, they won’t balk as long as you told them it was what you were going to do.

This might be one of those rare exceptions. Part of the contractor’s correspondence to me:

I don’t think this is a sales issue on my part Michael. Some people simply want and think their proposals/contracts should be itemized no matter what I tell them up front. I did everything right…it’s just that when it’s time for people to pull the trigger they think that knowing my cost of the project vs their price of the project will somehow enlighten them and make their decision easier.

If the contractor did a good job of explaining that he would provide a firm, fixed-price quotation, and the homeowner is asking for something different at this point in the process, the homeowner isn’t operating in good faith. It’s a type of “bait and switch,” only it’s the client pulling a bait and switch on the business owner.

It’s time to educate the homeowner, and our contractor did a pretty good job of that in a follow-up email. He explained that he didn’t break down prices. His price included all the labor and materials needed to build the project, along with a margin for overhead to keep his business afloat. I’m a little concerned that his closing sentence will cause him problems:

We can talk about this more if you’d like when we meet to review the new plan & proposal.

“We can talk about this more” can easily be interpreted as “I’m willing to negotiate.” If you told them that you’d provide them a firm, fixed-price quotation, you’re on solid ground when you remind them how you operate and decline to itemize. You don’t need to leave it open for discussion.

When a potential client starts talking about transparency or itemization, especially late in the sales process, it’s time to take a good look at what you’re saying at the beginning of the sales process. This is where an objections book comes in handy; we talked about that back in June. Make sure your ground rules are clear. Your potential client needs to know what you’ll do and how you operate.

If necessary, always be able and willing to walk away from any job or potential client. A request to itemize a proposal, especially at this stage in the process, is a red flag. It’s painful and possibly expensive to walk away, but not as painful and expensive as dealing with a difficult client.

“If you learn from defeat, you haven’t really lost.” — Zig Ziglar