An article was published in the Seattle Times online last week, and if you’re a contractor, you should read it. If you’re trying to make a living in residential remodeling, handyman, or specialty work, it’s important to know what the general public is being told about you. 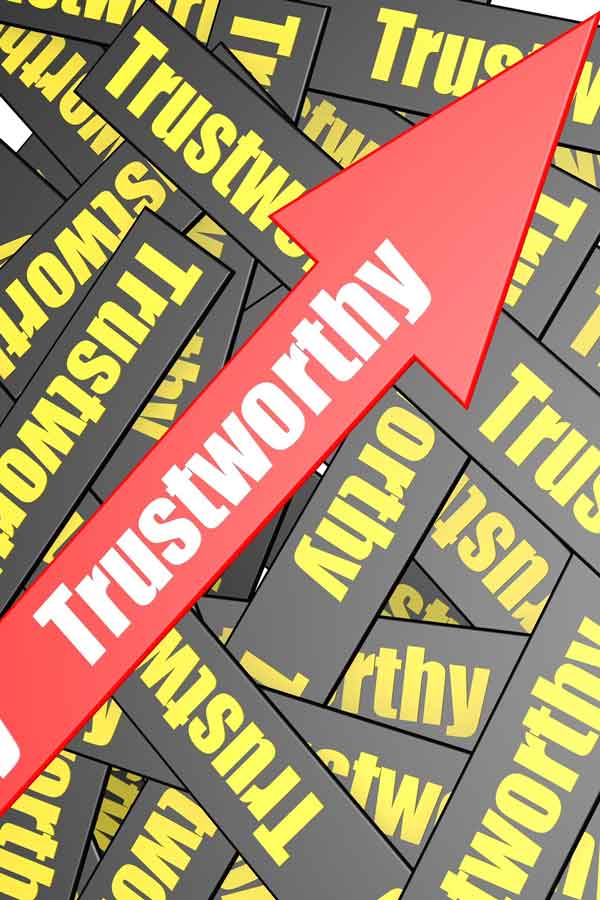 As background, Seattle is the home of Amazon, Porch, and Pro.com, three of the big players in the lead-generation industry. I’ll hazard a guess that one of those companies suggested this article to the Seattle Times in the hopes that it would be picked up nationally. The goal, of course, would be to let homeowners know they should be going online and using lead-generating companies to find a contractor.

That’s exactly what the article says:

“The technology enables customers to find contractors, price jobs and even schedule appointments — without leaving the couch.

Compare that to how it used to be done: call a neighbor, check-in with old friends who had their house painted last year, a desperate search for anyone who can vouch for the worker about to enter your home.”

So, according to this, the modern way to secure a contractor you can trust is to contact one of several lead-generating companies mentioned in the article. Although the article doesn’t directly say it, it comes pretty darned close to saying contractors can’t be trusted without the oversight of lead-generation companies:

“It’s an industry that totally lacks transparency and trust,” said Pro.com CEO Matt Williams. “You have no idea how much it should cost, you have no idea if the guy doing it is going to be safe and trusted. … We make it super simple.”

The article begins by talking about a homeowner in the Seattle area trying to find a good contractor. “So Johnson turned to an emerging crop of online home-services companies that offer homeowners something that’s otherwise hard to find: a level of trust when searching for a contractor.” He visited Pro.com and hired a contractor for a $400 ventilation fan replacement. The job turned out great, so now he trusts Pro.com to find his contractors. He found another one for a $20,000 remodel project, then hired Amazon.com to haul away garbage from his garage.

Notice that instead of trusting the contractor who performed well on the small job to build the larger project or recommend a contractor, he decided to trust Pro.com to find him another trustworthy contractor.

The article tells homeowners that lead-generating companies (referred to in this article as “online home-service companies”) are necessary if you want to find a trustworthy contractor. Tell me, if you’re listed with one of these lead-generating companies, how rigorously were you vetted? In most cases, if you’re operating legally you’re approved, provided you’re willing to pay for the leads and don’t get complaints on future projects. In fact, as we pointed out in an earlier article, some of you might be listed without even signing up.

In reality, the best way for a consumer to find a trustworthy contractor online is to visit the contractor’s website and watch videos from their clients. Consumers can and should do everything that the lead-generating companies do to vet a contractor (such as checking for licenses as required and looking for reviews), but viewing testimonials from past clients is priceless.

Online home-service companies are trying to establish themselves as the middleman between consumers and real-life contractors who are doing the work. The article states that home professionals (contractors) can’t pay to advertise with these companies.

“Pro.com, like Amazon, steered clear of an advertising model. It takes a commission of each project, usually between 10 and 20 percent.”

So, lead-generating companies are marketing themselves to homeowners as the only way to find a trustworthy contractor, and they’ll make their money from contractors, who have to raise their prices or go out of business. In reality, homeowners will be the ones paying for the middleman.

Here’s why. If you’re a contractor, can you pay ten to twenty percent of your sales price as an additional commission without raising your price? Of course not, unless you’re currently making a 15 to 25 percent net profit after salary, and I know very few who are. Most are making less than 5 percent, many aren’t making any net profit after salary. If you don’t raise your price, you’ll absorb the expense just to make the sale, until you realize you don’t have enough money to pay your bills and you go out of business. The clients who find you on a lead-generating site while your business is failing won’t be happy clients, and your family will suffer as well. (On the positive side, you’ll have glowing reviews about how low your prices are.)

Pro.com also gets in the middle of your project: “Pro assigns a company job manager to each project who works as a liaison between the homeowner and contractor, scheduling appointments and checking in with all parties.” That sounds like fun. I don’t know any quality contractors who would want an outside party getting between them and their clients.

There are more goodies in here. There’s the money-back guarantee that Amazon offers, or as one homeowner stated, “If it were through a company or service I had never heard of, I probably wouldn’t have done it,” he said. “But I’m a pretty active Amazon customer, and I like if I make a choice I regret, I can return it.” How’s that going to work with the ventilation fan replacement?

Porch.com is offering a guarantee as well. “When homeowners book a job with a contractor Porch has certified, it guarantees the customer will be ‘satisfied’ or Porch will find another contractor and will pay that professional up to $1,000 to fix the issue.” Let’s hope it’s a small job.

Amazon Home Services promises “multiple bids emailed to you for projects.” We know how that goes: the lowest bid wins. How many trustworthy contractors are always the lowest bid on a job?

Pro.com’s specialty is “instant price estimates”. Can someone tell me how they’re going to do that?

The problem is that the hangers-on in the construction industry don’t understand how the industry works; they just want to make money off it. They don’t realize that remodeling and specialty contractors don’t provide a commodity, they provide a service. Having repairs done, or a bookcase built, isn’t like buying a book or a dress or a pair of shoes that can be returned.

Even as a service, it’s unique. When a customer is unhappy in a restaurant and doesn’t want to pay, they have to deal with management face-to-face. That requires courage. If a consumer purchases electrical repairs for their home via Amazon and isn’t satisfied, they just send an email to Amazon and say they don’t want to pay. Easy as pie.

There’s good money to be made if these hangers-on can establish themselves as middlemen. According to the article, “Home improvements and repairs are thought to be a $300 billion annual business nationally.” If they can collect a ten-percent commission on only ten percent of those jobs, their annual revenue will be $3 billion.

Contrary to what the headline on the article says, the home remodeling industry hasn’t moved online. It’s still done one home at a time, one project at a time, using the hands of craftsmen who know their trade and do it well. The repairs done on your home won’t be the same repairs done on a neighbor’s home. The kitchen remodel you have done won’t match anyone else’s project.

Contractors, you’ve heard me say it before and I’ll keep saying it: take charge of your business online. Get a website and learn how to optimize it. If things go the way these lead-generating companies want them to go, when clients find you online instead of through a lead-generating company, you can be the lowest bid while still charging enough to pay your job costs and your overhead, and make a reasonable profit, because you won’t have to pay the middleman.

All quotes are from the Seattle Times article linked to at the beginning of this post.

“In theory there is no difference between theory and practice. In practice there is.”
— Yogi Berra