For the past few years I’ve heard how difficult it is to find a dependable specialty contractor. I’ve had general contractors tell me that they can’t get subs to return their calls, or show up on time for an appointment with an owner, or show up at all to do a job. The subs are getting jobs handed to them, and they don’t care. 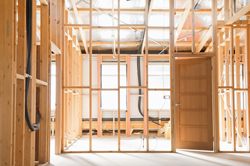 The complaints are pretty consistent. Subs aren’t interested in the work because they’re too busy. They don’t keep their jobs clean, or do the job they agreed to do. A general contractor told me recently that a sub told him that he didn’t have time to finish the job he was doing because he had to get to the next job. He asked to be paid; he’d get back to finish the job as soon as he could.

As always, things change. Believe it or not I’m now hearing from some general contractors who are getting calls from specialty contractors, looking for work. That, my friends, means that the overabundance of work that we’ve been experiencing might be starting to dry up.

As I’ve said many times, construction goes through cycles. There will be a lot of work because everyone wants to remodel or build new and they have the cash to spend or the confidence to borrow. Then something happens and owners start to get nervous. They aren’t as eager to spend their cash on a major remodel or build a new home with a larger mortgage.

We’ve been in an up cycle for some time now; it’s possible we’re seeing the start of a down cycle. Or maybe it’s just a hiccup. It’s possible that in a few weeks or months we’ll be back to having a glut of work and a lack of contractors available to do it.

Here’s the thing: It shouldn’t matter. You should run your business like a business whether you’re busy or slow. If you’re doing that, you’ll keep working steadily regardless of how the economy swings. That applies to both general contractors and specialty contractors.

Most of these basics are also just common courtesy. Not doing them causes aggravation for the home or building owner.

If you’re a sub, it also causes aggravation for the general contractor. The job isn’t about you. You’re important, there’s no question on that, but you’re only part of the bigger picture. When you do your part, on time and as agreed, it makes the entire job run better. When jobs run more smoothly, they generate more referrals, which lead to more jobs and more work for everyone.

I have concerns about the future of the construction industry. One concern is that there won’t be enough tradespeople in the future to do the work that’s needed. Another is that those tradespeople who are available will stop being responsible business owners because they can always find another client willing to put up with their baloney and poor business practices.

Keep in mind that once upon a time, you needed a landline to make a phone call. Once upon a time, typewriter stores could make good money selling ink ribbons and making repairs. Once upon a time, we waited for the daily newspaper to read the news. I’ve seen a lot of ingenuity and invention over the years. I don’t know what the future holds, but I know that it’s stupid to think you can’t be replaced.

“Work never killed anyone. It’s worry that does the damage. And the worry would disappear if we’d just settle down and do the work.” — Earl Nightingale