When you provide a dishonest client a cost breakdown of their job, a lot of things can go wrong. This question was posted on our website:

I estimated for a job which had alterations added on over 14 months. the price was finally agreed, and the works carried out in full as per estimate.

They then asked for a breakdown of my estimate listing materials and labor cost before they would pay, which I reluctantly gave them as I needed paying. They are now arguing that they could have gotten the materials cheaper and want two grand discount of the final invoice. (Which was the price agreed). They say that if I can estimate and change the price when extra works are added why can’t they ask to reduce the price once the works are completed. As they now say they could have got materials cheaper.

I ESTIMATED FOR FULL WORKS MATERIALS AND LABOR WHICH I SAY THEY SHOULD HAVE QUESTIONED OR BIDDED ME DOWN BEFORE I STARTED THE WORKS, NOT ONCE I HAD COMPLETED IT.

Can they ask this by law, and do I have to oblige them?

If you have a signed contract with a firm fixed price, they’re obligated to pay the price agreed for the work performed. That’s why having a detailed, written, signed contract for every job is important.

If there isn’t a signed contract, it depends on the laws in the area. However, their argument to reduce the price is nonsensical. Of course the price increases when extra work is added to the contract; extra work costs more. “Why can’t they ask to reduce the price once the works are completed?” Because nothing changed. Nothing was taken away from the agreement.

The writer of the note made a mistake by giving proprietary numbers to his clients; you are never obligated to provide a cost breakdown. He knows that and in a later note stated that “they said they would pay once they saw the breakdown and when I had finished the small snagging list. But they haven’t and want a large amount off the price agreed.”

He should again notify them that payment is due and if they don’t pay within a reasonable time frame, tell them, “I will take such action as necessary to collect the monies due.” A reasonable time frame depends on your local laws but I would normally give 48 to 72 hours and then take action. In our area, that action would be to file a lien on the property, assuming a “notice of intent to lien” was included in the contract.

Every contract needs a clear payment schedule and detail on what will happen if a scheduled payment isn’t made. What will happen? You’ll shut down the job until they are current on their payments.

There is no nice way to say that this customer is being dishonest. They signed an agreement and they should keep their word. Unfortunately there are way too many people in this world whose word means nothing. That’s why the burden is on the contractor to have a clearly written, detailed contract.

Don’t assume you know how to write a good contract. Read every construction contract you can find and make sure your contract has the teeth in it to protect you and your company from owners who might play games with making payments. We have details on what should be included in your contract in “Why Do You Need a Written Construction Contract?“

Once you’ve assembled the standard language for your contract, have your attorney read it through and put their stamp of approval on the language. When you sit down with the customer to sign the contract, go over the entire document first. Assure them that you’ll follow the contract to the letter and you’ll expect them to do the same. If you have good legalese in your contracts, they’ll get the picture. You’ll also find that a solid contract will eliminate most problems on a job. 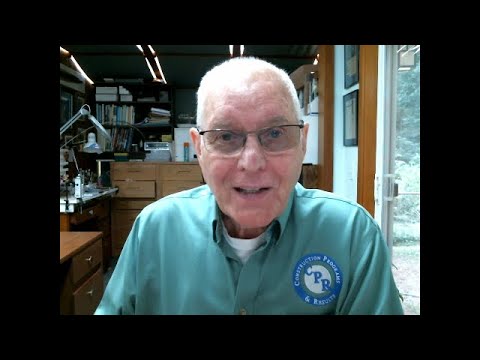 Join us Thursday, December 16, at noon Pacific (3 pm Eastern). Bring your own cookies and refreshments to this free online gathering. We’ll talk business; Michael Stone and Brian Javeline (of MyOnlineToolbox) will answer questions on any business-related topic.

Looking for a gift for subs or friends in the business?
Check out our Holiday Special on Markup & Profit Revisited.