The popular belief is that when it comes to construction, contractors are the villains and homeowners are the victims. That’s why we see so many articles for homeowners on how to protect themselves from dishonest contractors. 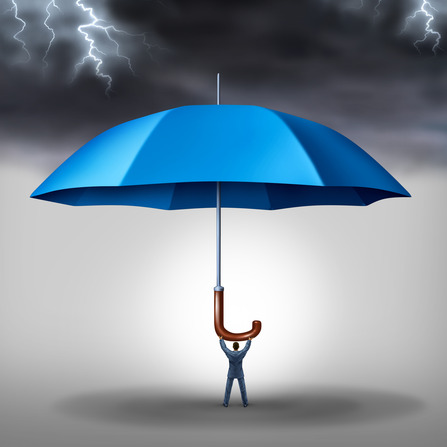 I agree there are dishonest contractors; I’ve spoken against them many times. But if you’ve worked with the public for very long you know there are also dishonest clients. Some people are morally bankrupt. They refuse to take responsibility for their own actions and are out to screw anyone if it saves them money. I think there might even be more now than in the past because they’re sharing ideas online.

Flash drives (memory sticks) are relatively cheap. Dedicate one to every job and fill it; it becomes part of the job file after you’re done. As a little extra, it might also be a good source of before/after photos for your website.

Use a well-written contract. One- or two-page contracts are nothing but problems waiting to happen. Study and learn what goes into a good contract, what language you need and how it should be used. Learn how to write a win-win contract and do it every time. A win-win contract protects both you and your client.

We often use the words “proposal” and “contract” interchangeably. Let me define them. A contract includes the legal language that explains who you are, who they are, and the terms and conditions you work under. It explains what they can expect from you and what you can expect from them. And it includes a detailed explanation of the work that will be done, all the way down to the make and model of appliances.

When you present this document to your client, it’s a proposal. After they sign it, it’s a contract.

That well-written contract needs to be amended whenever any change is made to the job. Those changes are called Additional Work Orders (“AWOs”) or Change Work Orders (“CWOs”). If you’re making changes without getting a signed AWO or CWO, you’re asking for trouble. Why should they sign or pay for a change that you’ve already made? Changes should be estimated, quoted, written, signed and paid by the owner before any changes are made. See our book Markup and Profit; A Contractor’s Guide Revisited for details but remember, getting the changes in writing and signed should absolutely never be left to the end of a job.

One per job. That’s correct. Multiple punch lists from the client tell you that you aren’t conducting business as you should, your contracts aren’t complete and you don’t have the field procedures you need in place to deal with the little stuff that shows up at the end of a job. We outline the punch list procedure in our book and if followed, clients won’t be able to use the punch list as an excuse to not make the final payment.

While we’re talking about payments, be sure you file a “Notice of Intent to Lien” on the first day of every job you do. That tells your client that you’re a professional and you conduct business accordingly. The state laws where you work have very specific steps that are required for you to preserve your right to be paid. This isn’t about being a nice guy, it’s about a business relationship. Send the notice of intent to lien and you will see a decidedly different attitude by your clients toward you. You will also see far fewer late payments. It’s worth doing.

Make sure you also have language in your contract that specifically restricts the owner from talking to your employees or your subs. If the owner has anything to say, they need to say it to you or your job super, lead person or foreperson, not to the people working on the job. I could write for a week on the things that can happen when an owner starts asking your employee how much they are paid, or asking your sub what they are charging you for this job. They might even ask for changes outside the contract. It might be idle chit-chat for your sub, but it isn’t for the homeowner.

Guess what? Even with that language in your contract, some clients will still start yakking at your employees or your subs from day one. Don’t be mean and nasty, but you do need to get in front of them and remind them the contract specifically forbids their talking to any workers on the job. Don’t let it go on.

If you keep a tight rein on your jobs you’ll greatly reduce the opportunity for your clients to arbitrarily change your agreement. Conduct yourself as a professional and you’ll find it is much easier to keep your jobs on schedule with a positive cash flow. You’ll sleep better, too.

“You don’t drown by falling into water. You only drown if you stay there.” — Zig Ziglar