Your residential client wants a retainage clause in the contract. When you ask them why, they say, “Well, that’s the way it is done,” or, “That way I know you’ll finish the job or make any corrections to the job that I want done.” 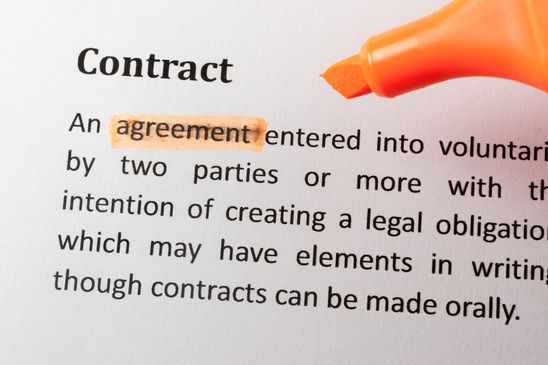 First off, let’s be clear about one thing. Almost every state requires that contractors guarantee their work for one year. That being the case, why is retainage necessary? No, it’s not standard practice in construction. It happens on commercial and government jobs, but not all of them. It isn’t requested or required on a majority of the construction work that goes on in this country.

The only reason retainage continues on commercial and government contracts is that the architects, engineers, and governmental procurement and purchasing officers continue to ask for it. It’s a bad habit. I’ve never met a contractor who liked to work on jobs with a retainage clause. Many who do grudgingly accept it solely because they believe this practice is a part of doing business..

What do you suppose would happen if every time a request for a proposal was put out that required retainage, no one submitted a bid? Trust me, the retainage language would go away.

In reality, contractors won’t stand up and stop participating. They keep signing contracts with retainage clauses. They continue to let the other guy use their money, interest free, and use the retainage lever to get things done for free.

I have no problem with a contract written by someone else as long as it’s clear, concise and a win-win agreement for all involved. How does a contractor win participating in a job with a retainage clause? They don’t. All too often I see the retainage clause used to try to get the contractor to toe a control freak’s line. It’s used to force them to do things at or near the end of the job that are not in the contract.

At least with a commercial or government entity, you can be reasonably confident that your client will have the money to pay you at the end of the retainage clause. Which brings me back to a residential client asking for retainage; just say no.

Enough ranting and raving about one of my pet peeves. Don’t get involved in any contract where the owner, architect, engineer, designer or anyone else in a decision making position wants retainage.

What do you do when your client wants the finance charge clause for final payment (if not made on time) removed from contract?

I’d consider that a warning flag. Why would they want it removed? It’s a reasonable condition in any contract. Pay attention, reconsider your client. And don’t take the clause out of your contract.

Subcontractors – Ever hear “We’ll Pay You When We Get Paid”?

This practice continues to be popular. On a contract for work to be done, there’s a clause that says, “We will pay you when we get paid.” It’s not always said that directly, but that’s the intent.

Don’t ever sign an agreement like that. It’s nonsense. It’s also been ruled illegal in many states, starting with California. Even if the practice is legal in your state, it’s another method of getting you to finance the job for the general contractor, architect or project manager.

Do you have any say about when the general contractor gets paid? Do you have input into their payment schedule or influence with their client? Of course not. Don’t put your financial stability in the hands of those who aren’t the least concerned about getting you paid.

Maintain control of your payment schedule. Get a down payment, get regular progress payments and keep your final payment to two percent of the job price whether you’re working for a homeowner or another contractor. Send a Notice of Intent to Lien letter on the first day of every job. If you aren’t paid on time, shut the job down and file your liens. Run your business like a business, not a hobby. And expect the same from others.

Whether you’re a general contractor or a specialty contractor, make sure you’re using the right payment schedule on your contracts if you want positive cash flow.

Finally, remember to have your attorney review and approve all contract language before you use it. You might also have them advise you on the state usury laws when dealing with residential customers. Do your due diligence when it comes to writing your agreements and you will have far fewer problems on your jobs and even fewer problems collecting for the work done.

“If you don’t know where you are going, you might wind up someplace else.” – Yogi Berra